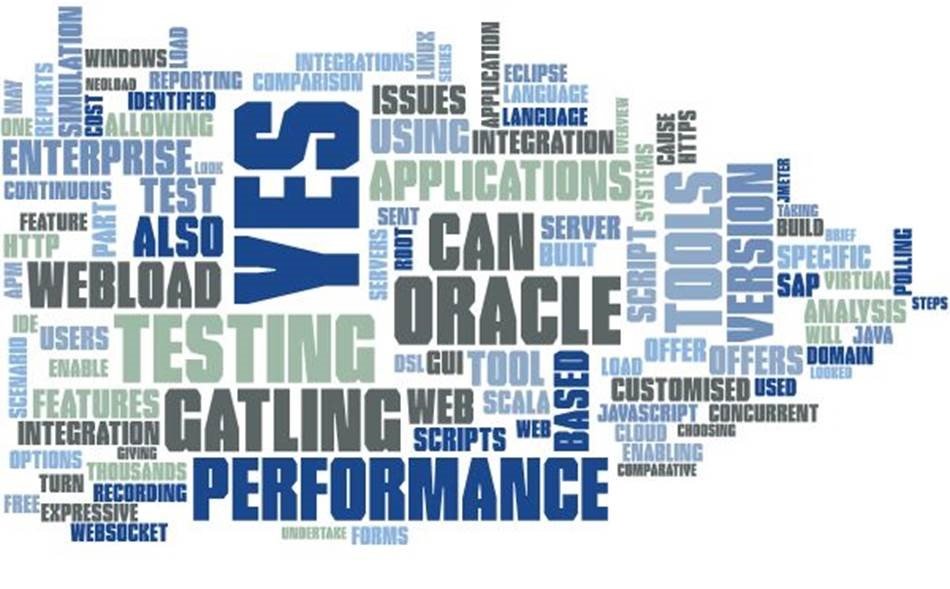 In this third instalment of the ‘Performance Tools’ series, we will be taking a comparative look at the load testing tools Gatling and WebLOAD, giving a brief overview of what they have to offer.

In our first instalment of this series A Comparative Look At Performance Test Tools – JMeter V NeoLoad we compared the tools JMeter and NeoLoad and described the steps needed to be undertaken when choosing a performance testing tool, and in

WebLOAD is a performance testing tool which is designed for web applications. It supports web protocols and enterprise applications, such as System Application Programming (SAP) and Oracle apps, and has built-in integration with Jenkins, Selenium, PerfectoMobile, (for mobile device testing) and many other tools to enable continuous load testing for DevOps.

WebLOAD offers an Integrated development environment (IDE) to build your tests which can be customised using JavaScript. It also offers a feature of drag and drop building blocks into your script to enable quick script creation. It can simulate hundreds of thousands of concurrent users on on-premises servers or from the cloud. You can view real-time results on a dashboard while a test scenario is executing as well as having post-test analysis tools and customisable reports to match specific requirements.

WebLOAD has built-in server monitoring for a range of operating systems, web, application, and database servers. There is also built-in Application Performance management (APM) integration helping with root-cause analysis of performance issues by correlating a WebLOAD transaction to a server-side event. WebLOAD also offers a feature to integrate with tools such as Slack enabling collaboration between colleagues.

Gatling is an open-source performance testing tool that automates web-based applications so that performance issues can be identified early in the Software Development Life Cycle (SDLC.) Gatling also offers an Enterprise version at a cost which offers more options, integrations and reporting features. The Enterprise version also allows the use of cloud-based injectors.

The simulation scripts can be customised using the Scala language an expressive Domain Specific Language (DSL). Gatling generates HTML reports to analyse response times and errors allowing bottlenecks to be identified and help with root cause analysis for performance issues.

Gatling can be integrated with IDEs such as Eclipse, version control systems, build solutions, and continuous integration tools. One of the architectural features of Gatling is that it runs virtual users as messages instead of threads making it scale much better and allowing thousands of concurrent users to run on fewer machines.

The table below compares the two performance tools. Tools should be evaluated thoroughly to ensure you choose the tool that meets your testing needs. There will be easier and more expedient ways of doing things that will vary from one tool to another, which may increase the speed of the testing cycle, which in turn is important when the release frequency is high. 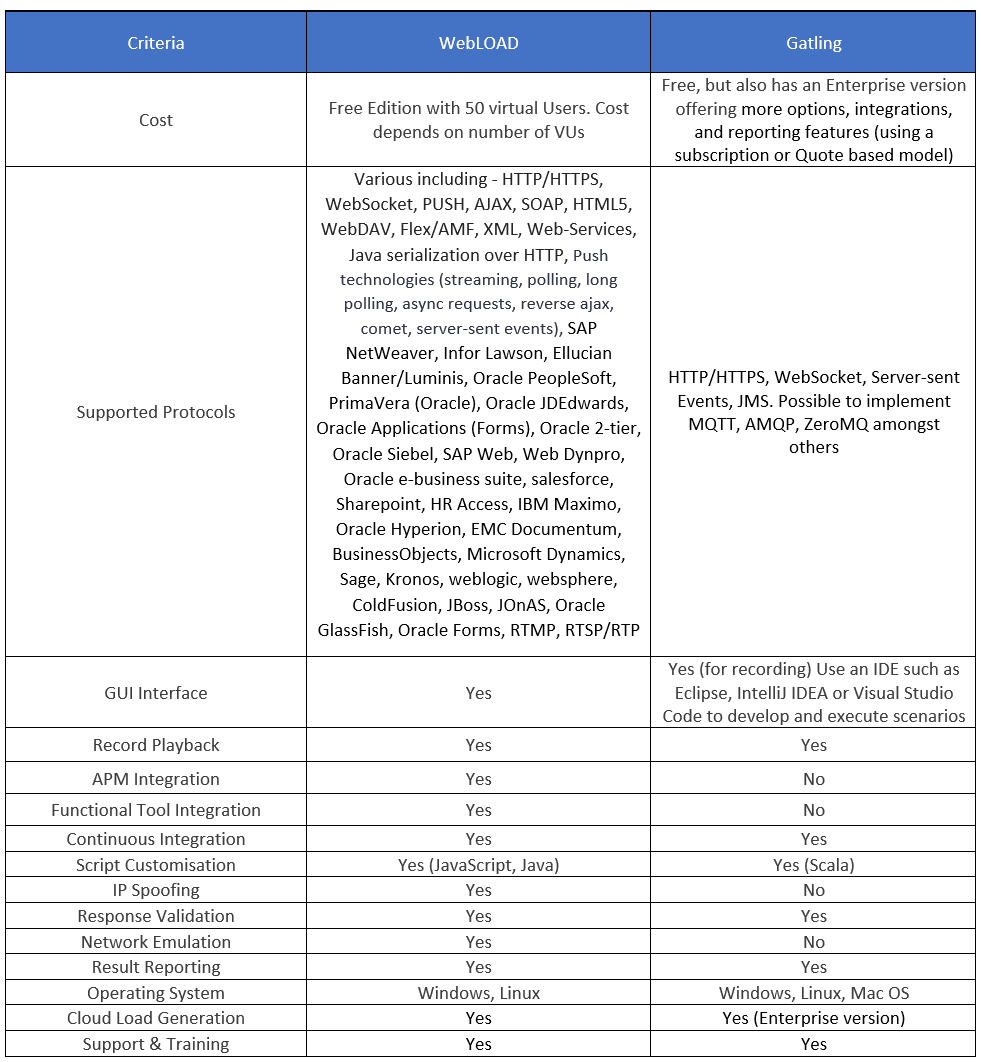