In this sixth instalment of the ‘Performance Tools’ series, we will be taking a comparative look at the load testing tools StresStimulus and AppLoader, giving a brief overview of what they have to offer.

It is imperative that when choosing a performance test tool that it is evaluated thoroughly to ensure that it meets your testing needs. There are many factors that need to be considered (refer to our ‘Test Tools Analysis’ article) including the following.

StresStimulus is a performance testing tool designed for testing web, mobile and enterprise applications. It offers testing from on-premises load-generators as well from the cloud to emulate users distributed geographically.

Test recording, configuring, and running can be done via a wizard making creating and running a test simple, although for more sophisticated testing requirements a scripting platform is available.

Realistic traffic loads can be emulated using different browsers, network types and speeds, load patterns such as expected, peak and stress loads. While tests are executing, virtual user numbers can be adjusted on-demand giving control over your tests. Key performance indicators can be monitored during tests such as response times, requests per second and error rates to name a few, as well as performance counters, of servers and clients under test, such as CPU, memory, and network utilisation.

StresStimulus offers in-depth analysis and reporting so that performance issues and bottlenecks can be identified and investigated. Integration with APM tools such as Dynatrace and AppDynamics gives the ability to monitor the application under test so that it can be improved when issues arise.

Testing can be automated as StresStimulus offers a command-line interface and can be integrated with Jenkins as part of your CI pipeline.

AppLoader is a protocol-independent performance testing tool which simulates user actions without the need for scripting. User actions are captured such as mouse events and keystrokes which can be replayed. The test tool comprises of 4 parts, the scenario builder, controller, reporter and injector.

The scenario builder creates real-world scenarios which are played on the injector. The controller is the central location from which the performance test can be managed and monitored. The reporter allows the viewing of results in multiple reports and the correlation of application performance with backend components.

As the test is running, the VUs desktops can be viewed so you know exactly what is happening, allowing the capture of failure screenshots for raising of defects. Unexpected application behaviour can be handled, such as pop-ups, colour change, image location, font changes and more, by AppLoader’s intelligent engine; essentially, intelligent robots are emulating the human behaviour.

AppLoader will integrate with Jenkins allowing the automation of test to fit in with your CI pipeline. This is achieved by a Jenkins plugin which allows commands to be sent via a URL and build parameters. 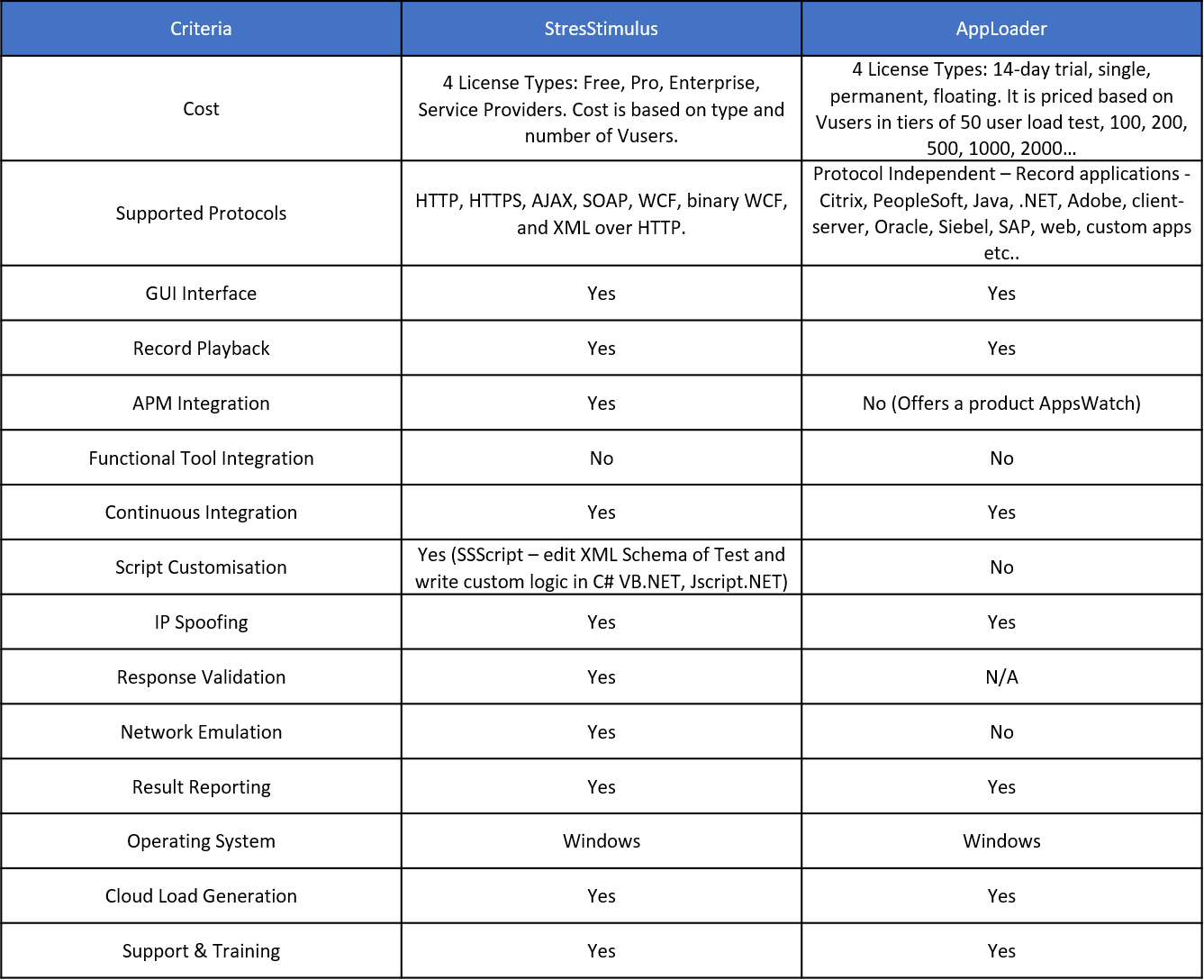