During Performance Testing, the monitoring of your network is important as it could potentially uncover any bottlenecks within the network. Refer to our article A High-Level Insight into Performance Monitoring.

In this article we shall look at some of the most common utilities/methods to monitor networks:

An IP network is a communication network that uses an internet protocol to send and receive messages between one or more computers. As one of the most commonly used global networks, an IP network is used for local area networks (LAN), enterprise networks and internet networks; with the Internet being the largest and best-known IP network.

An IP network is commonly referred to as the TCP/IP (Transmission Control Protocol and Internet Protocol). The monitoring of IP networks, which is just about every network you are likely to come across today, will usually involve the use of several utilities such as ping, traceroute or netstat.

Ping is a computer network administration software utility, used to send a signal (message) to a host, it has two main functions:

It is available on most operating systems that have a networking capability. It works by sending Internet Control Message Protocol (ICMP) echo request packets to the host and waits for an ICMP echo reply. The ping utility reports: errors, packet loss, and a statistical summary of the results, including the minimum, maximum, the mean round-trip and the standard deviation of the mean.

Traceroute (unix) and tracert (windows) are computer network diagnostic commands used to show the route taken by packets across an IP network. These commands will show you each hop sequentially, and the total number of hops required. Each row in the output represents a “hop” along the route and is divided into five columns. The first column is the hop number and is simply the number of the hop along the route. The next three columns are the round trip columns (RTT) listed in milliseconds. There are three columns because the traceroute/tracert command sends three separate signal packets. This is to ensure consistency or a lack of in the route. The last column is the IP address of the router. If it is available, the domain name will also be listed. Viewing this information can help you determine why connections to a given server might be poor and can help you identify problems. It also shows you how systems are connected to each other, letting you see how your ISP connects to the Internet as well as how the target system is connected.

On Windows, tracert uses ICMP messages like ping; therefore firewalls are very likely to block such packets. One approach for monitoring is to create a script that runs traceroute at regular intervals, reporting the response time of each hop to a log file. This log file can then be imported in a spreadsheet or a results analysis tool.

From the Linux man page for traceroute:

“traceroute tracks the route packets take across an IP network on their way to a given host. It utilises the IP protocol’s time to live (TTL) field and attempts to elicit an ICMP TIME_EXCEEDED response from each gateway along the path to the host.”

Network statistics (Netstat) is a command-line utility that displays detailed information about how your computer is communicating with other computers or network devices. It details individual network connections (incoming and outgoing), routing tables, network interfaces and network protocol specific statistics which can assist in identifying certain networking issues. Netstat is a cross-platform command which is available on Unix-like operating systems including macOS, Linux, Solaris and BSD. It is also available on Windows 10, Windows 8, Windows 7, Windows Vista, Windows XP, Windows Server operating systems and some older versions of Windows. 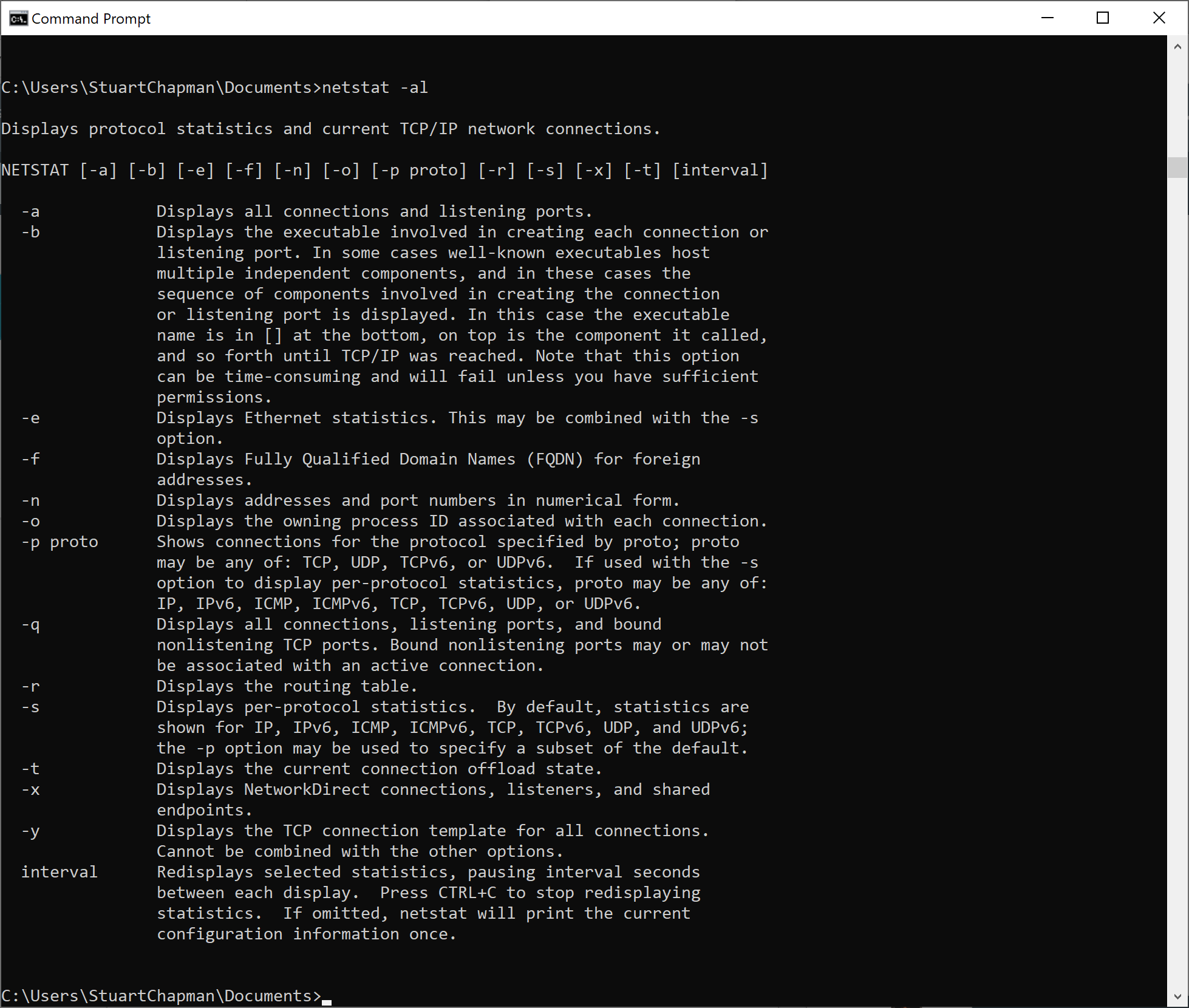 LoadRunner’s Network Delay Time Monitor (formerly Network Delay Monitor) provides a front-end to either ping (ICMP), traceroute (UDP), or Mercury’s WebTrace (TCP). WebTrace is the TCP equivalent of traceroute, which is designed to bypass most firewalls by sending packets to the HTTP port and waiting for replies.

At every sample, a series of packets are sent to every hop along the network path to the application server, and each response is timed, which provides a sense of the time taken by the packets between each network hop, all the way to your destination. This makes pinpointing network bottlenecks very easy since different network segments will react differently to identical loads, depending on the link type, network capacity, routers, etc. 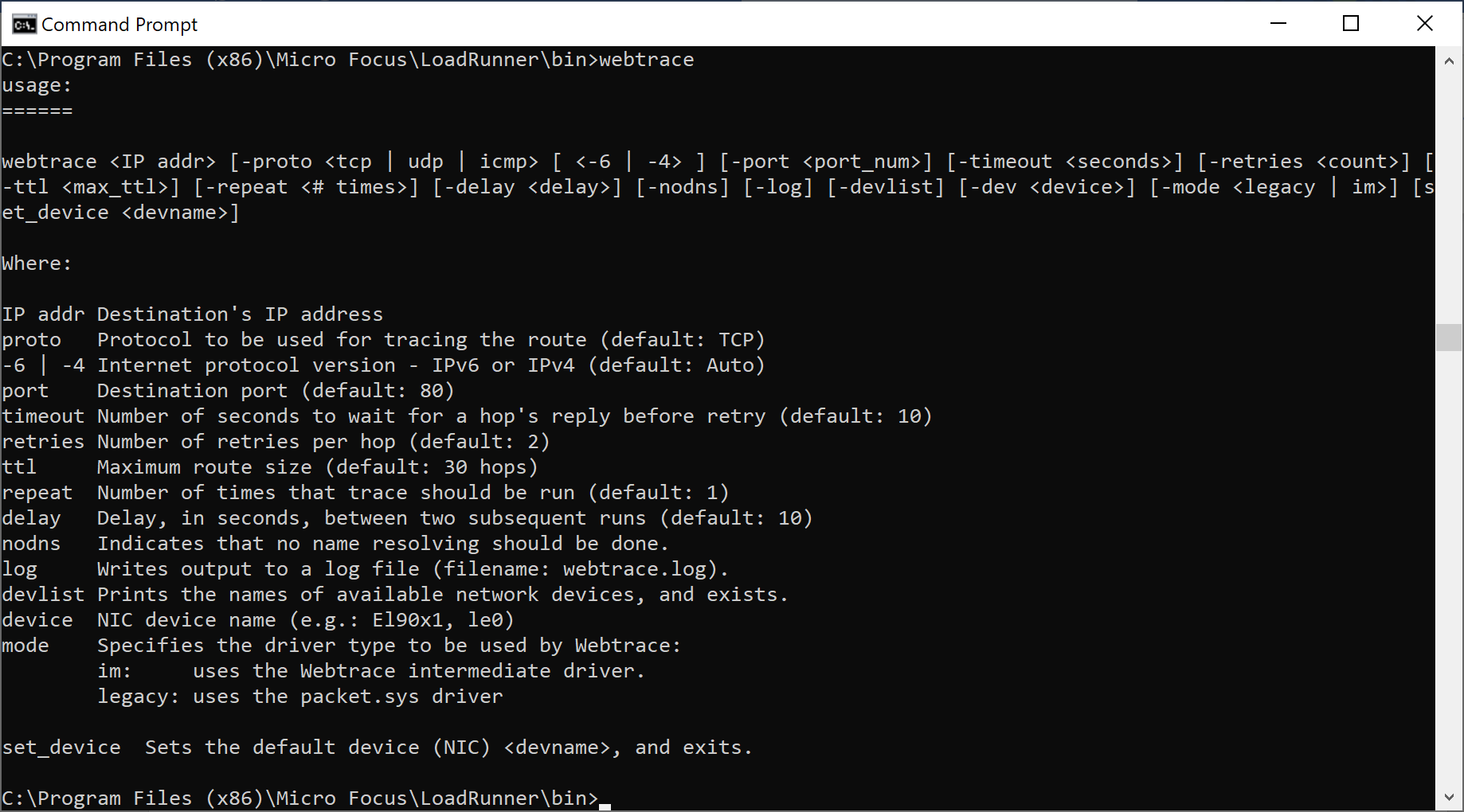 In summation, there are numerous methods to monitor networks which can be used during performance testing.

To find out how SQA Consulting can assist you with your performance monitoring needs contact us.