It is always much easier to understand a complicated set of data if it is represented in a visual or graphical format, as opposed to trying to comprehend tables of raw data – a picture does paint a thousand words – so it makes sense to use them in your reporting. However, it is also important to use graphs that are targeted so that they highlight issues that need to be investigated. This could mean that custom graphs are created that are filtered on time or granularity or compared with previous test results to show differences and trends. There is no one size fits all, and some thought needs to be applied when considering the information that needs to be highlighted and conveyed and the audience the report is intended for.

In a JMeter report, there are many default tables and graphs that are produced some of which we will cover here. The main table that is produced is the summary “Statistics” table which gives an overall impression of how well the application performed in the test. There is no time series related data here, consequentially it is not possible to know how the application behaved at different times of the test. This alone is not a useful indicator and should be used in conjunction with other information. An example of a summary table is shown below. 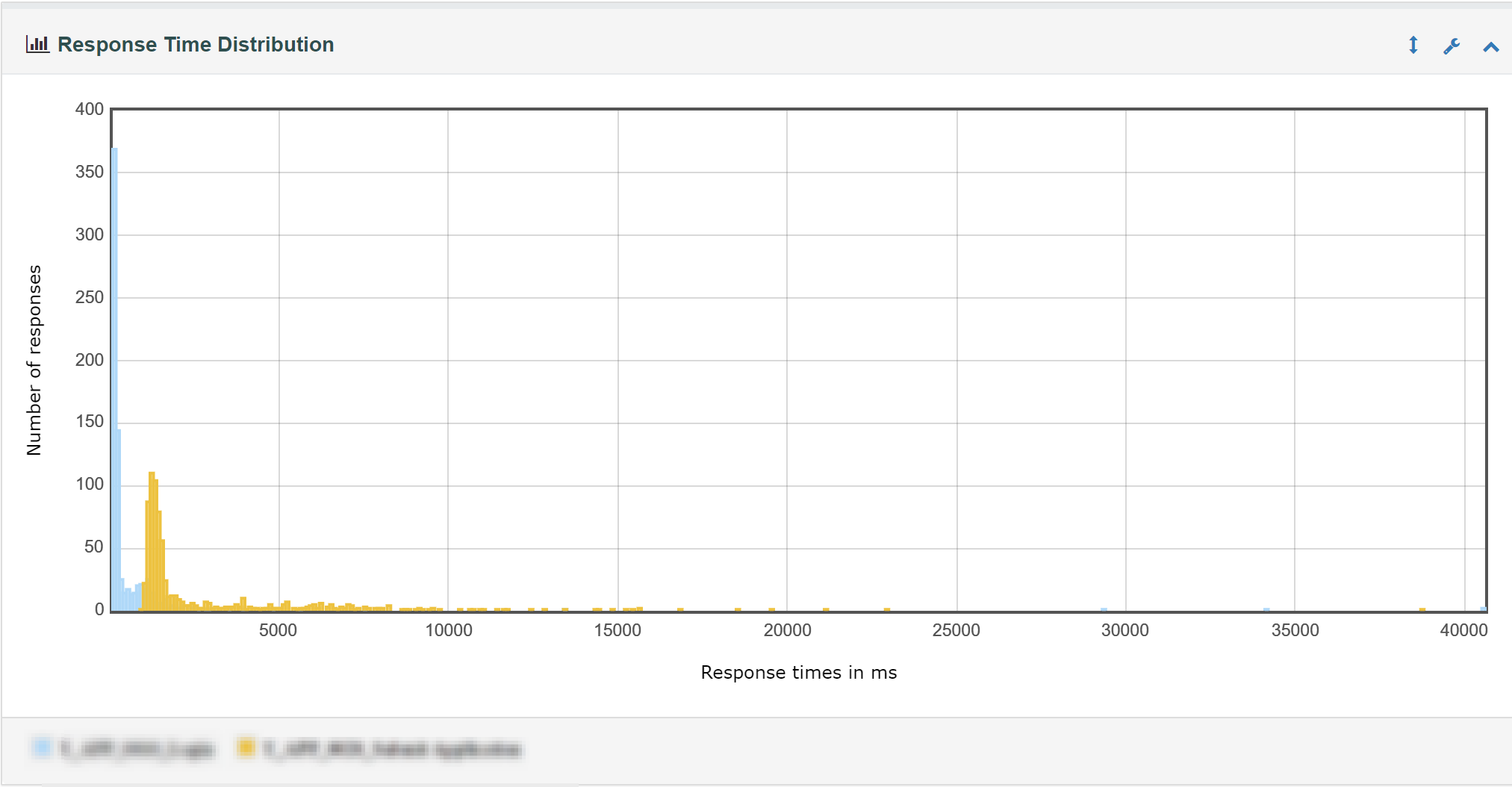 The graph below is probably the most common graph shown in a performance test report. In this example, it shows the average response times for each transaction at 1-minute intervals.

The advantage of this graph is that it is a time-series graph showing the performance over the course of the whole test so that any unexpected peaks can be identified and investigated.

Knowing at what times the peaks occur allows the investigation in the application, server, and database logs to be narrowed down and correlated. Other correlations such as CPU, memory, and network utilisation of servers at those times can also be done so that a fuller picture can be formed of what was happening to cause the peaks. 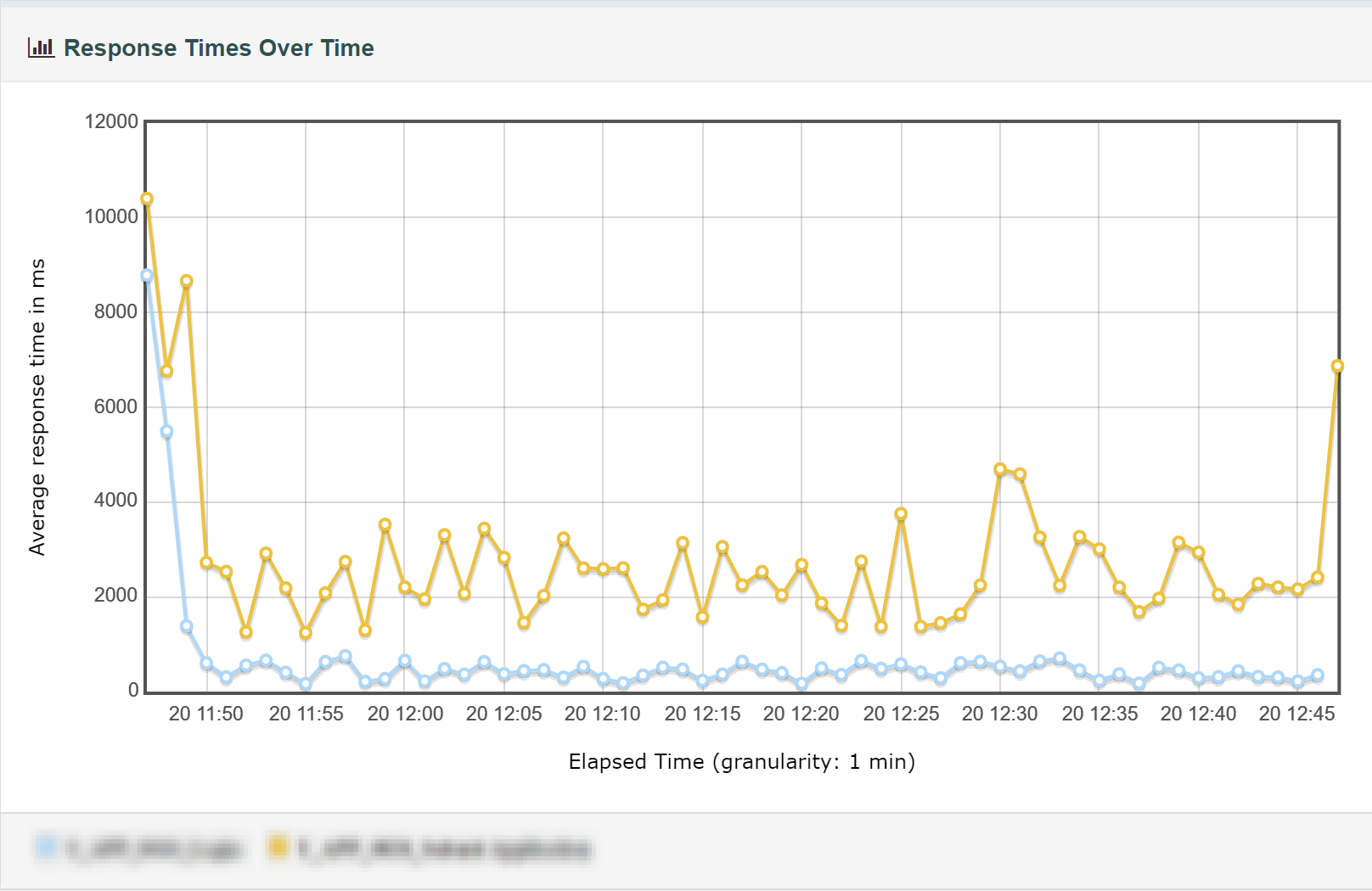 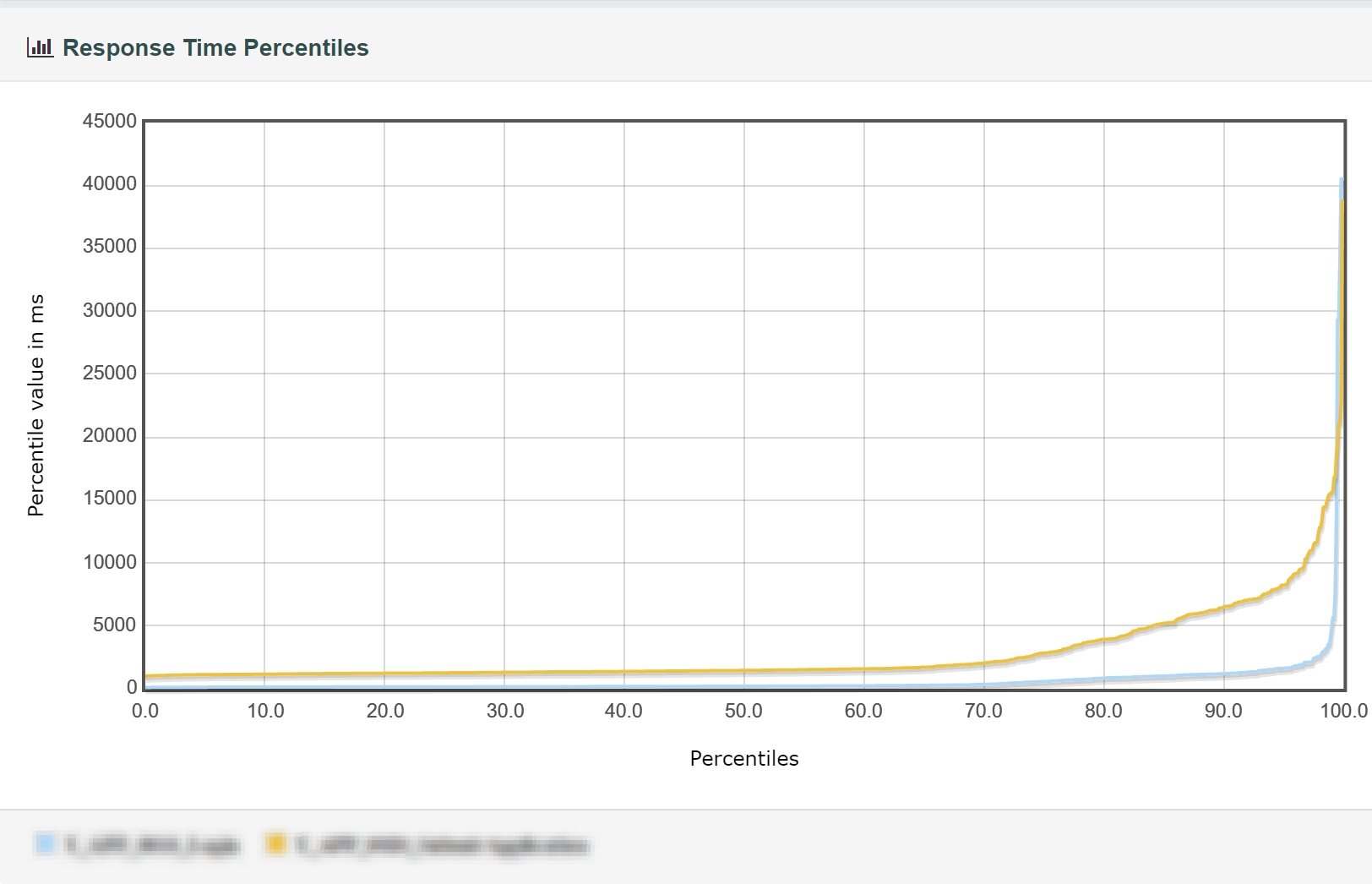 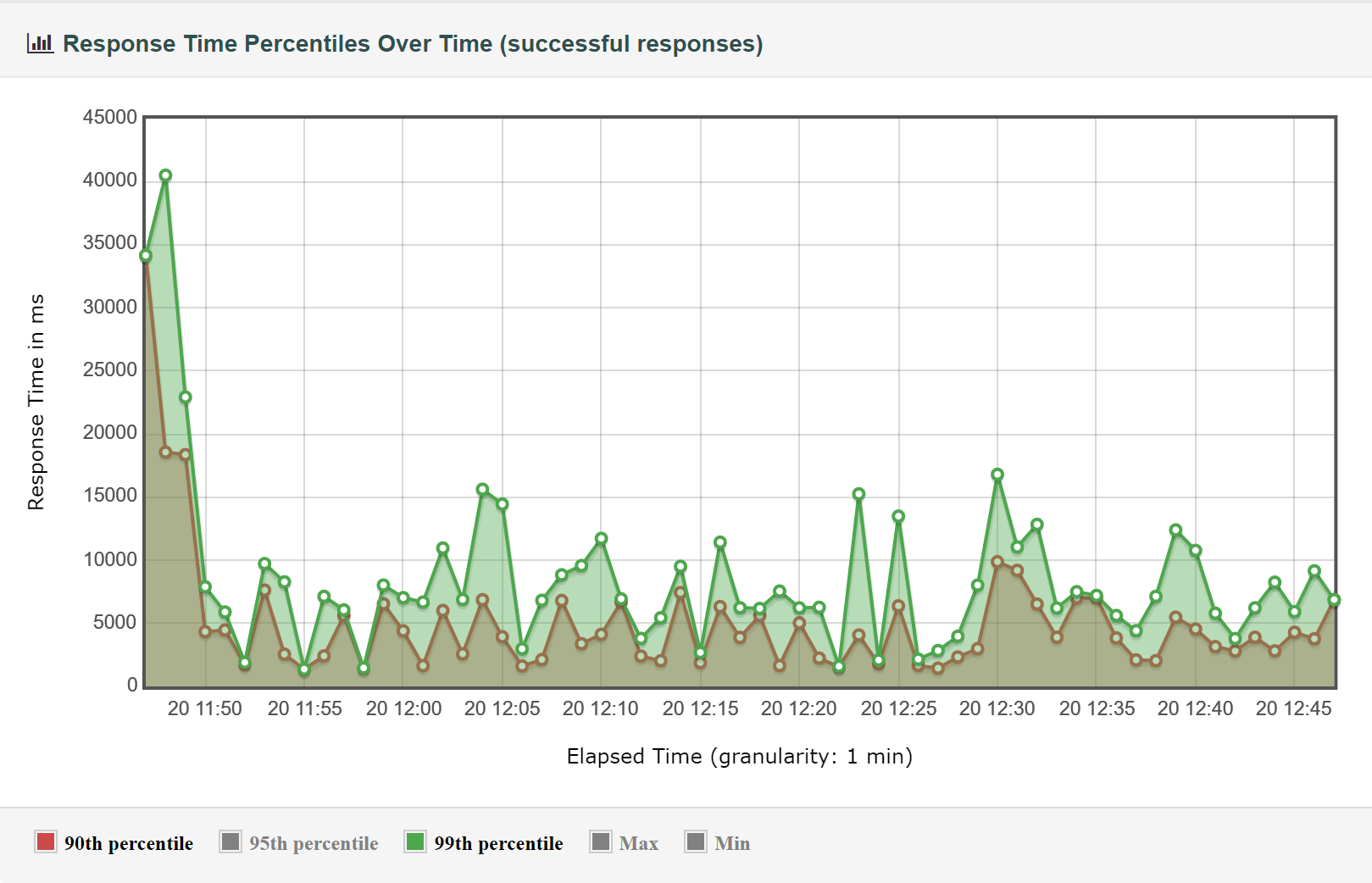 A useful graph to have is the http response codes over time. In the example shown below, the test had successful responses (http 200 responses) but if there were any http 400 or 500 failure codes then the times those occurred can be investigated further in logs etc. The peak and trough of the failure codes can be correlated with other activity that could have occurred during those times. 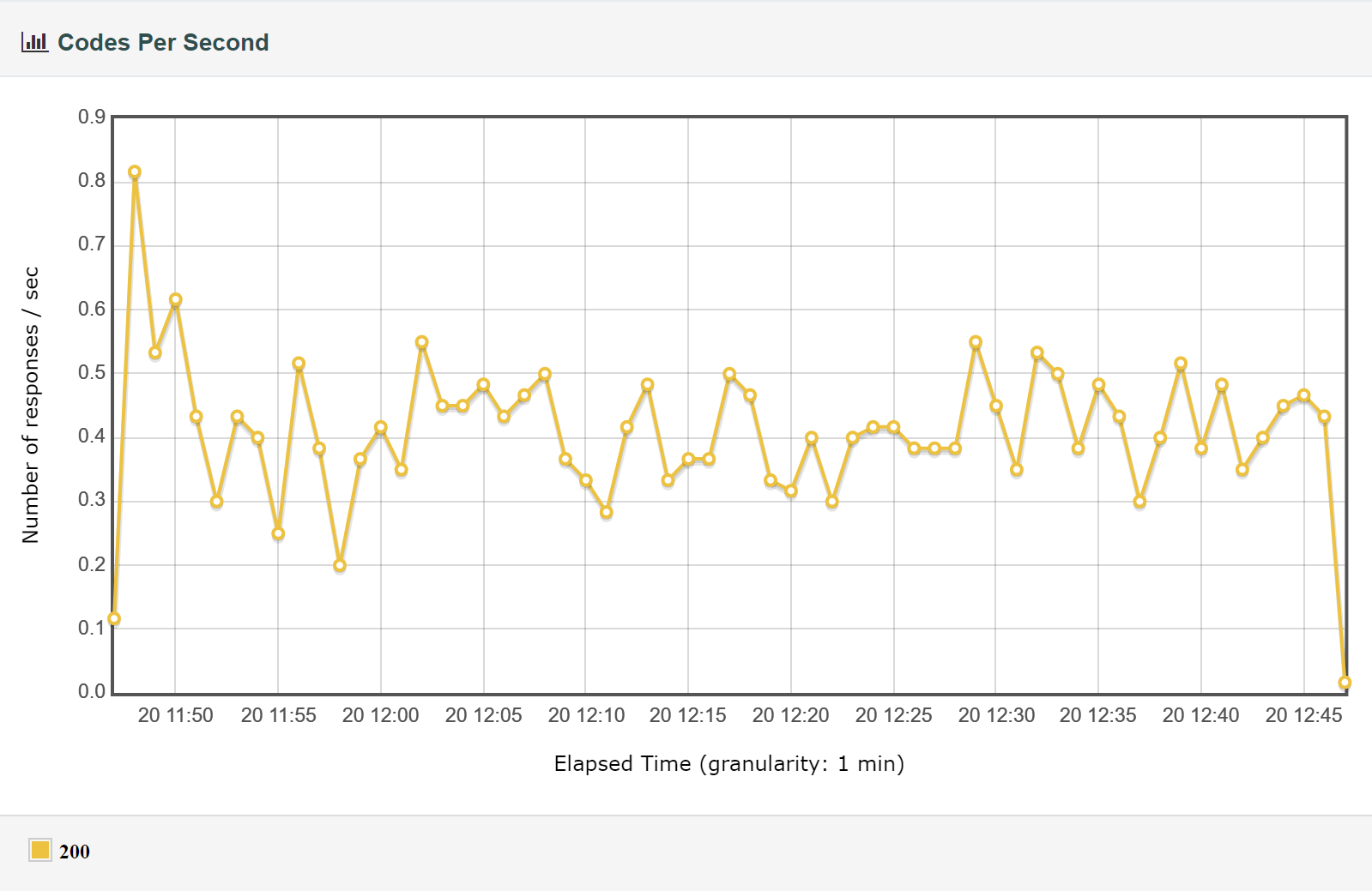 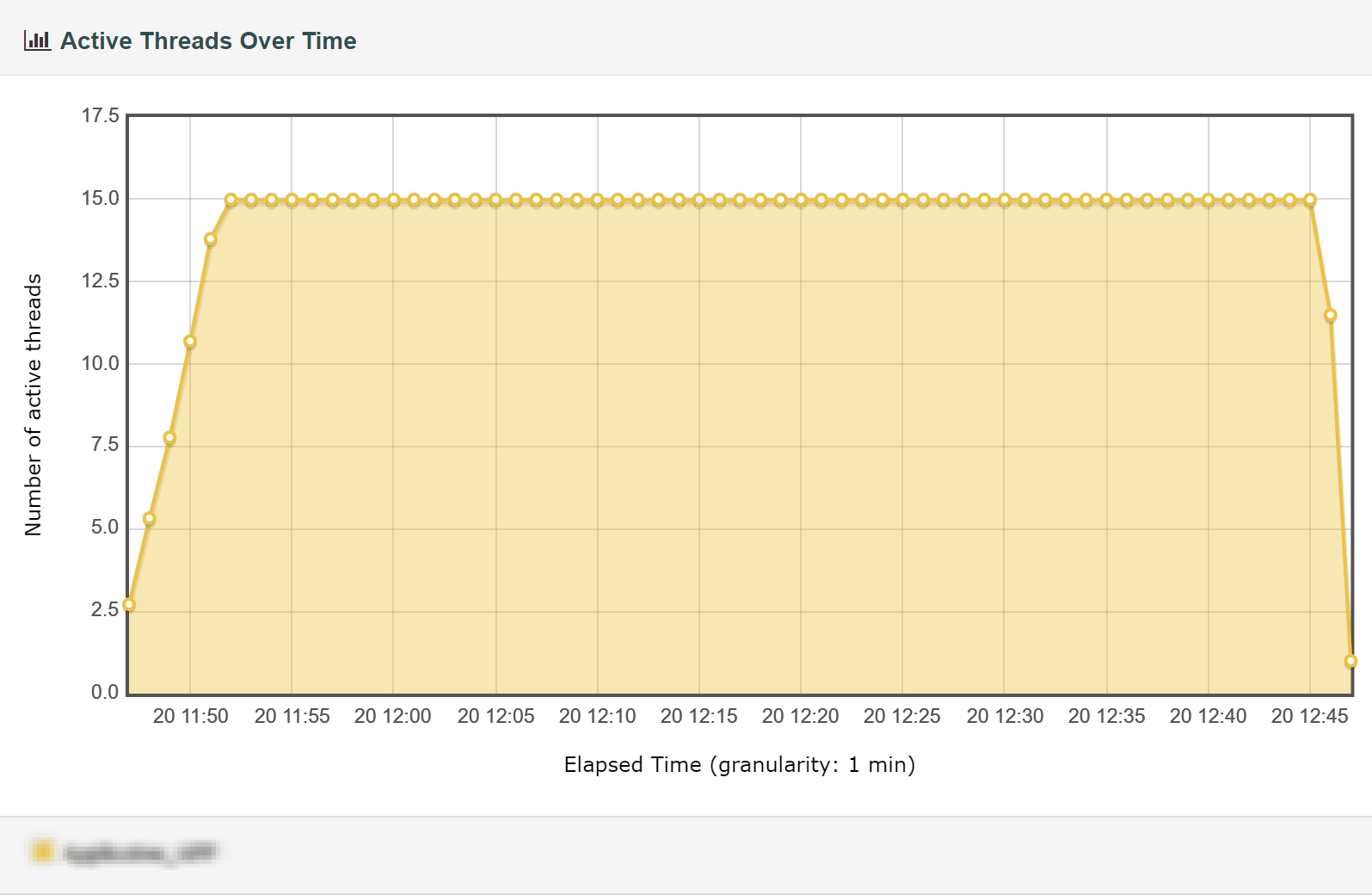 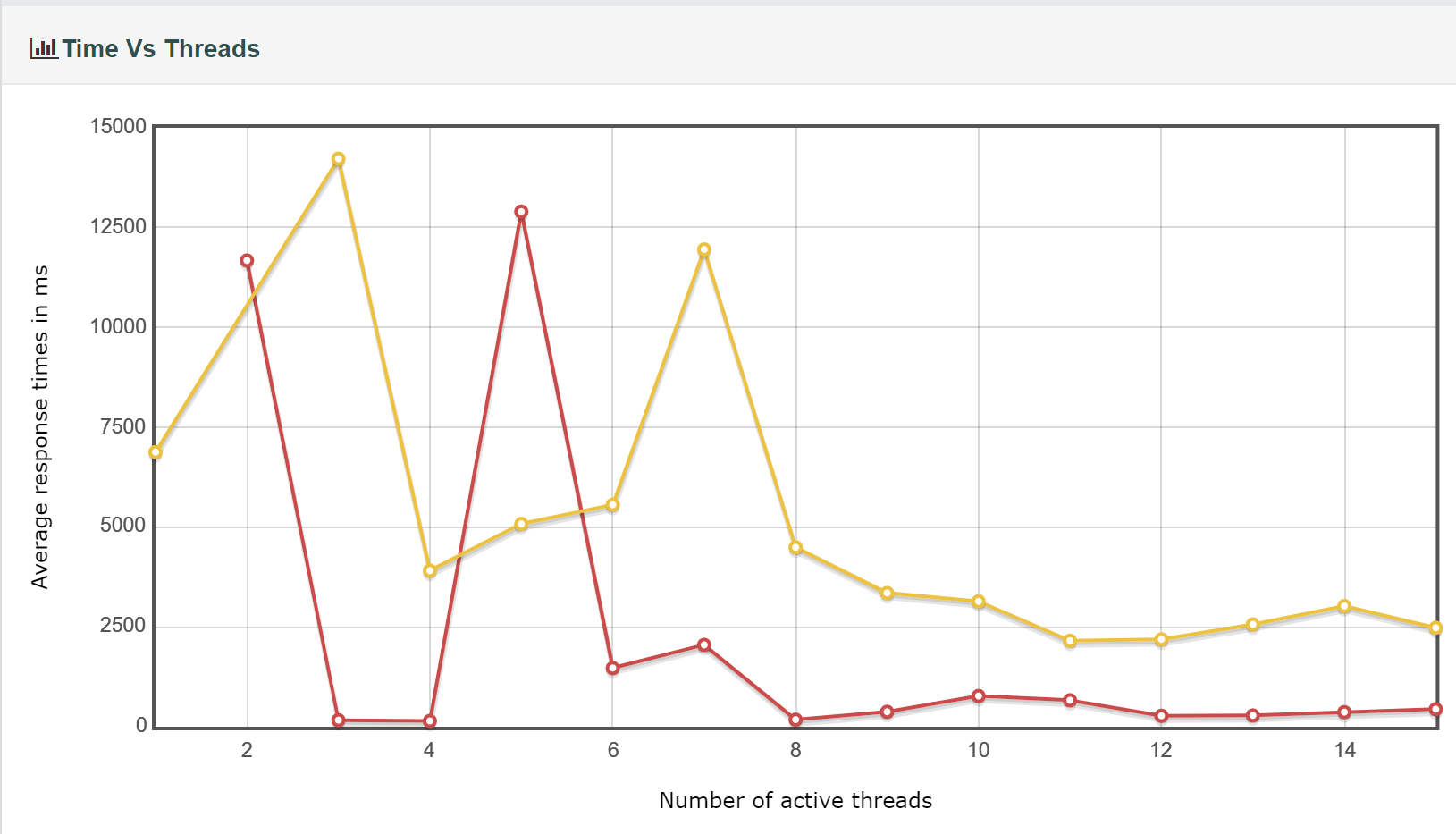 This graph shows the number of bytes sent and received per second during the test. This is another way to evaluate how much load is generated on the application and how much data needs to be handled by the client. 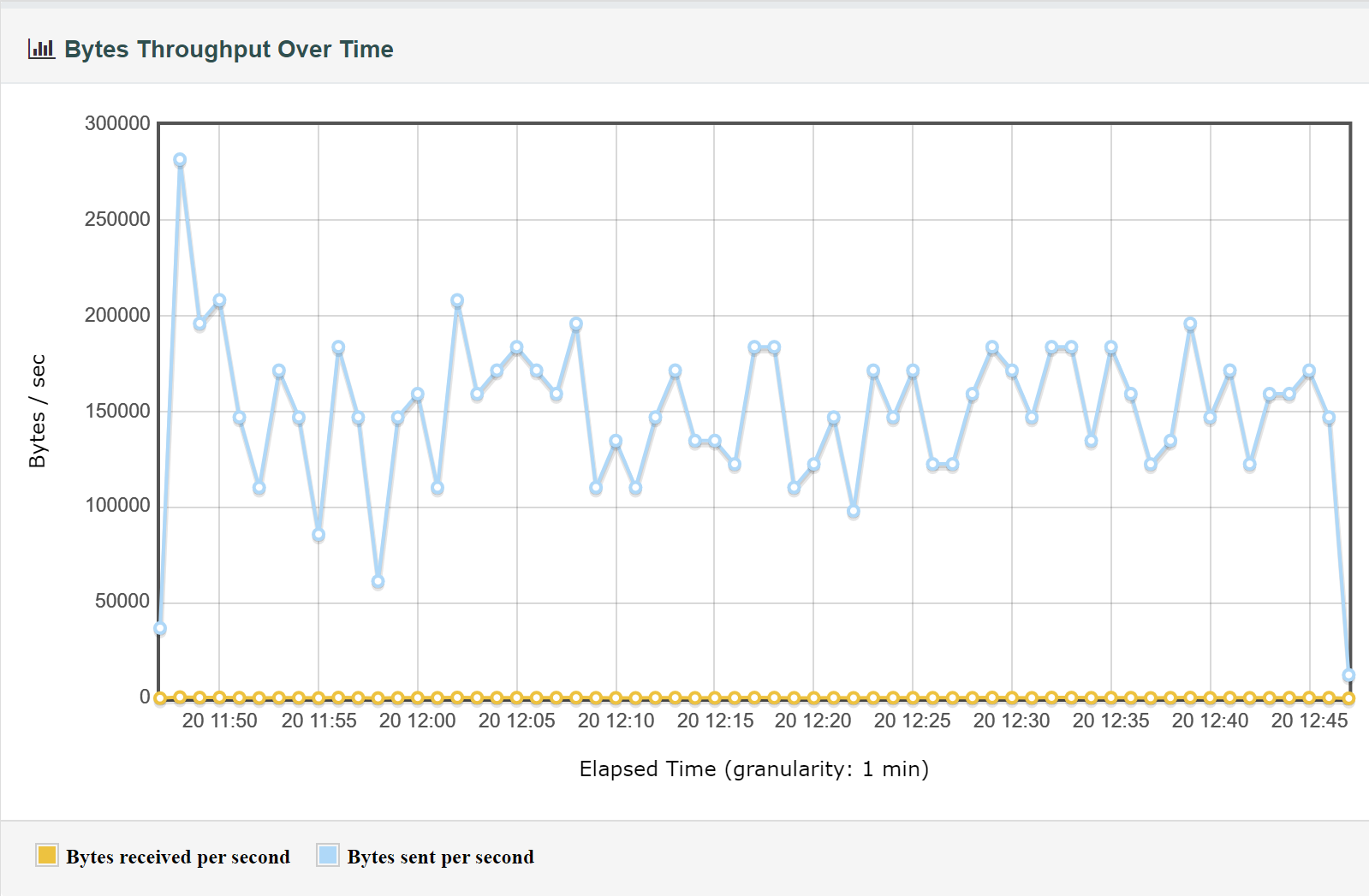 It is a good idea to create dashboards that can show changes in the performance of an application for each test run using some of these graphs or custom graphs created from the test outputs. That way it easier to spot trends of response time behaviour improving or getting worse so that it can be investigated, and action taken. Things that could have changed the behaviour could be down to code changes, infrastructure changes, or other activity occurring on the test environment.

In conclusion, not one graph or table on its own will give an objective view of the performance of an application. It is important to thoroughly analyse everything to get an overall picture. Relying on one or two graphs would give a false impression which can be dangerous for an application going into production. Finally, when reporting to stakeholders, the appropriate information needs to be conveyed concisely so that good decisions can be made, as too much information can be overwhelming.