In this article, we explore the process of creating a performance test script and the standards they should adhere to so they are easy to maintain, the test results are better understood and they are easy to follow.

The following are the main steps of the process.

The protocol the application uses must be identified so that the recording can be captured.

Before any recording can be done, the user journey for the Business Process must be clearly understood. The Business Process must be clearly stated in the Test Plan that has been reviewed and signed off. It is advisable each step in the user journey is measured as a transaction. The script naming convention must make the script identifiable. Below is an example of the naming convention that can be used.

The following is an example of a script name.

After the script has been recorded the script can be enhanced in the following way. 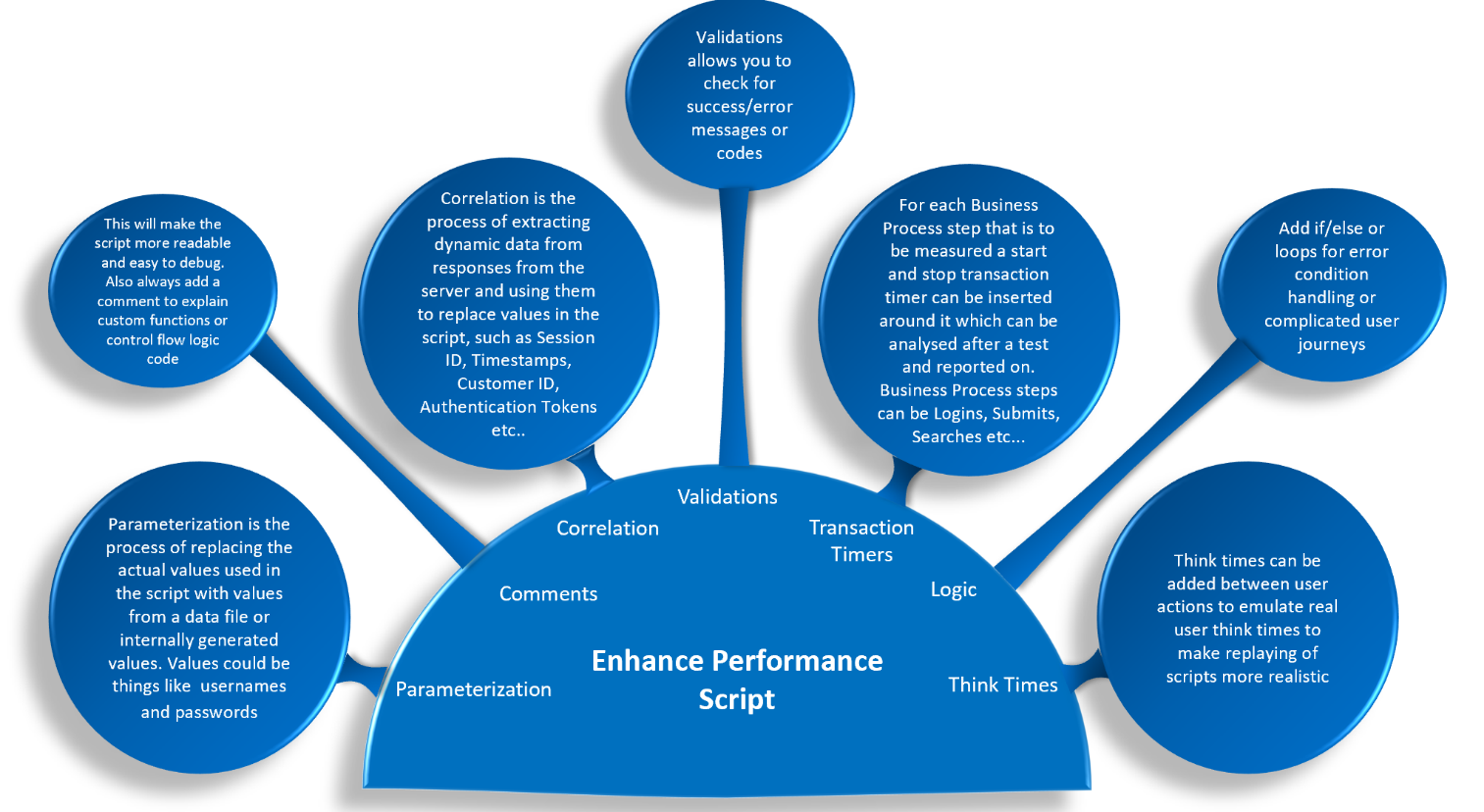 The following is the typical format of a transaction timer name. 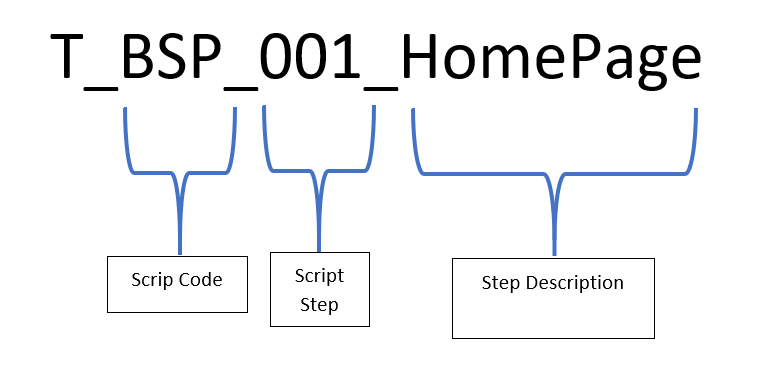 End-to-end timers is the timing for the entire script to execute 1 iteration. The end-to-end timer has the format E_BSP_BuySingleProduct. The “E” indicates it is an end-to-end timer. This is followed by script code and then script description. This is a worthwhile metric to collect as it will automatically show the timing for a script to complete an iteration, especially when the throughput for the Business Process is not achieved in a test. Some performance test tools will collect this statistic by default.

When extracting dynamic values from responses for use in future requests, it is a good idea to prefix the name with “ev” to indicate it is an extracted value (e.g. ev_sessionid). This will quickly differentiate it from other parameters used in the script from data files.

For system-generated parameters such as time, date, or iteration, it is advisable to prefix the name with an underscore. For example, iteration can be named as “_iteration”. This will allow the quick identification of the type of parameter it is.

Script replay will aid in the debugging and enhancement of the script. It will help in the identification and testing of the correlations, that any program logic that has been added works and that the scripts work with different data etc. For this phase, it is a good idea to increase the logging level to help with the debugging, but should be kept to a minimum for actual full-scale tests due to the amount of output it would produce. In this phase, it is advisable to check that the appropriate updates to back-end databases are done which will indicate the scripts are working correctly.

Usually, a test script will initially be checked in a single user mode doing a single iteration which can be increased to perhaps 5 users and 10 iterations to give confidence that the script will work in a full-scale test. After the script is verified it will be ready to be used in test scenarios and the version number of the script can be updated to indicate it is the final version.

In conclusion, it is important to have a standardised process for creating scripts. Adhering to a standard will help in the management of test assets and the ability to analyse the output quickly and efficiently. It will also help other Performance testers to understand and maintain the scripts.