In our article, The Complexities of Investigating Compliance Alerts we examined how a Banking corporation’s AML department utilises investigation techniques to resolve compliance alerts whilst achieving quality, meeting productivity, and regulatory standards, whilst touching on the subject of Politically exposed persons (PEPs.) This article will take a more in-depth look at PEPs and how an organisation might determine whether an individual should be classed as such.

Most PEPs do not abuse their position of power and influence, but some are vulnerable to corruption. Such individuals may also use their families or close associates to conceal illicit funds.

Once a PEP relationship has been identified, organisations should treat them as a high-risk relationship and ensure enhanced due diligence is undertaken.

As a rule, after an individual ceases to be a PEP, organisations still treat them as a PEP for anything up to 5 years afterwards for regulatory purposes.

A PEP in the European Union means a natural person who is or who has been entrusted with prominent public functions and includes the following.

(a) heads of State, heads of government, ministers and deputy or assistant ministers

(b) members of parliament or of similar legislative bodies

(c) members of the governing bodies of political parties

(d) members of supreme courts, of constitutional courts or of other high-level judicial bodies, the decisions of which are not subject to further appeal, except in exceptional circumstances

(e) members of courts, of auditors or of the boards of central banks

(g) members of the administrative, management or supervisory bodies of State-owned enterprises

(h) directors, deputy directors and members of the board or equivalent function of an international organisation

Below is an example diagram which can help an organisation determine whether an individual’s role is classed as a PEP. These roles are not fixed and will change depending on an organisations risk appetite. 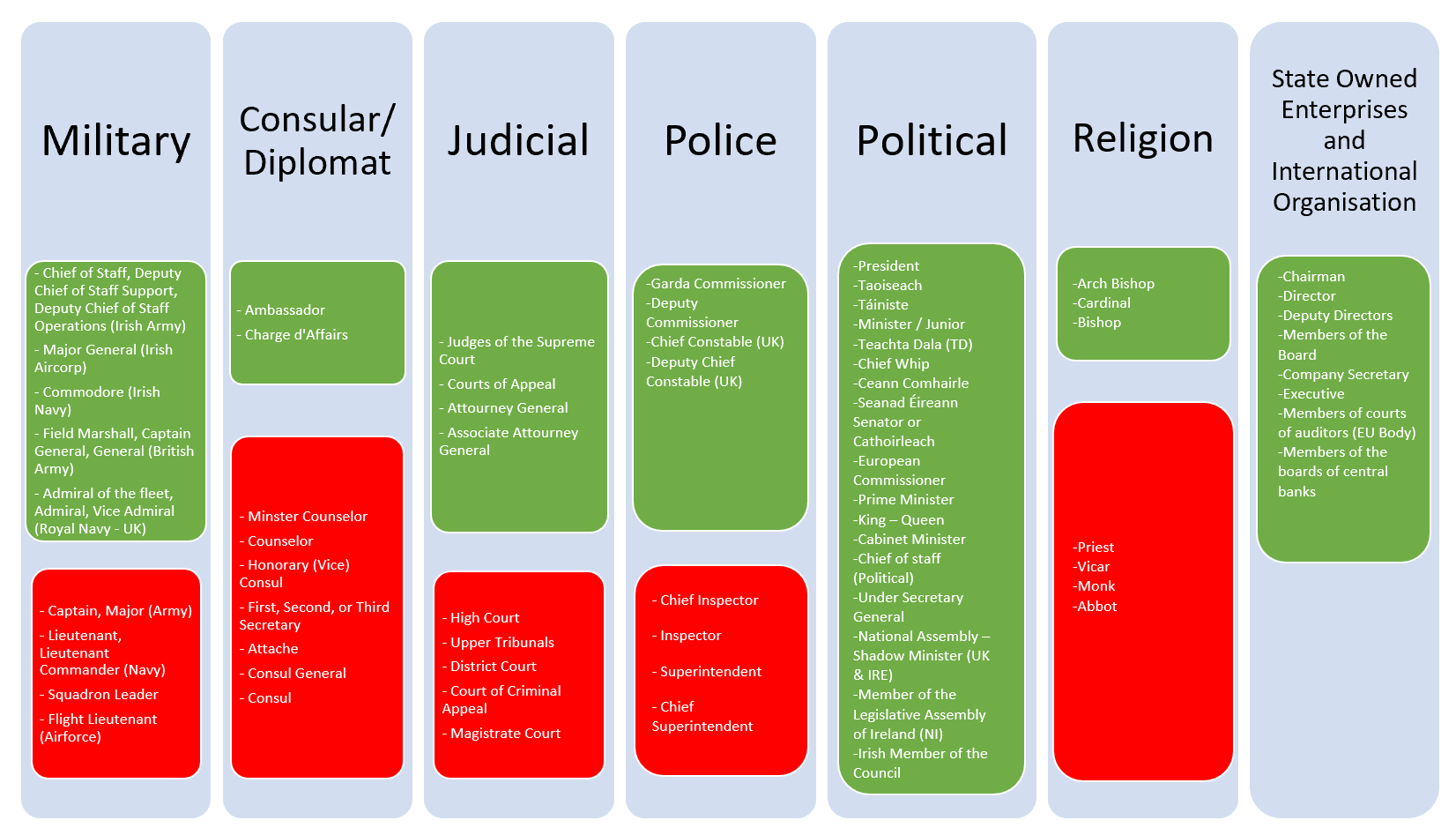 Relatives and Close Associates (RCA) also described as ‘PEPs by association’ are linked to a PEP who share a family or friendship connection. FATF guidance state that a connection may be a direct family relation or a connection through marriage.

Family members include the following:

The diagrams below relate to a Close Relative and Associate of a Domestic PEP which may change to meet an organisations risk appetite. 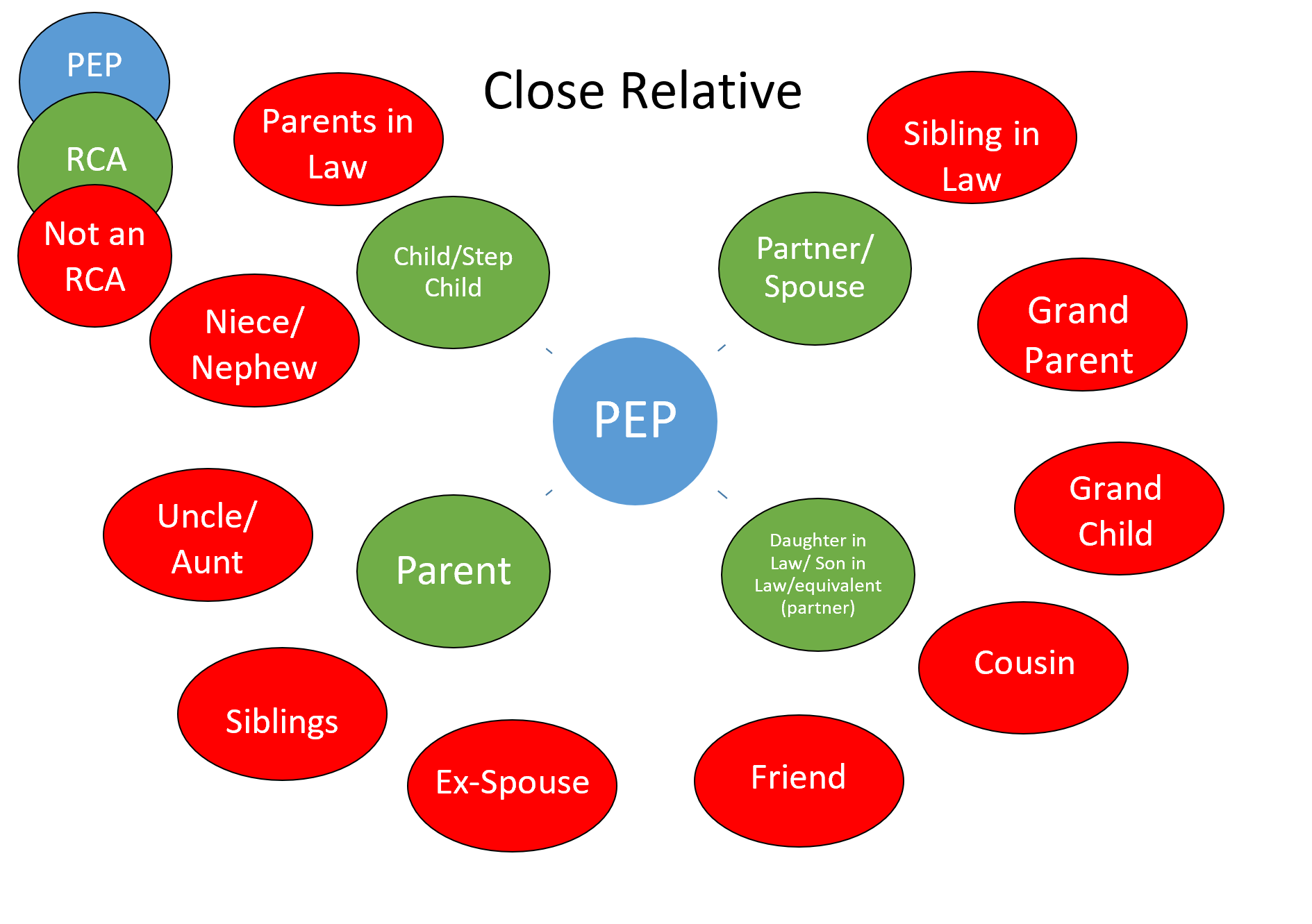 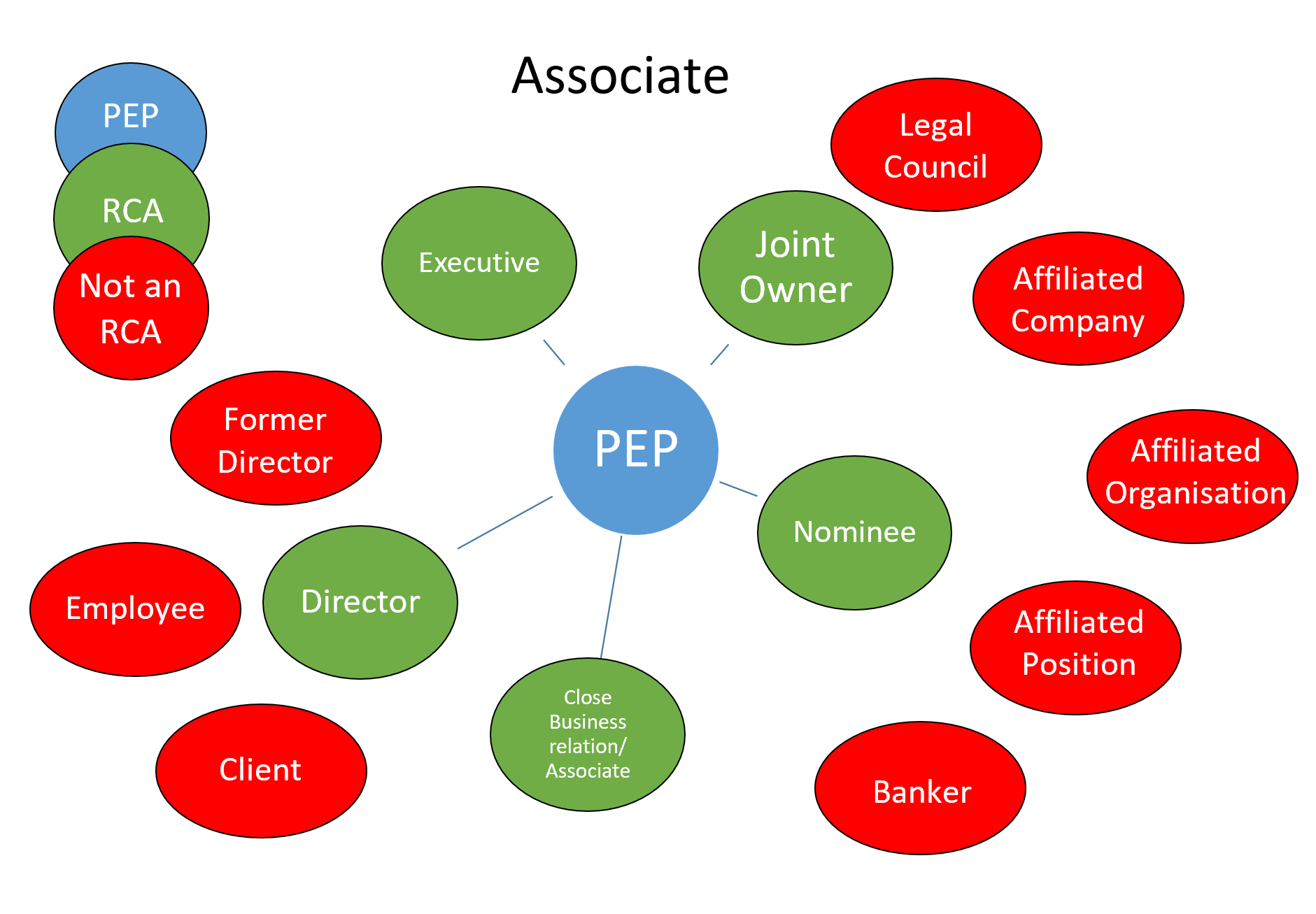 With the diversity of PEP roles and the level of power and influence from country to country, incorporating the above guidelines into an AML framework will aid in an organisation’s regulatory compliance.

Understanding the complexities of PEP screening can be a daunting task for any organisation, but by incorporating the tools mentioned above, senior management can take confidence the correct individuals are being screened. Investigation analysts can also use the above tools to aid investigations to potential PEP and RCA matches, ensuring the correct decision is made the first time.

At SQA Consulting we are happy to assist you in your compliance needs. Please contact us to find out more.