In this instalment of our series covering the RPA Implementation Lifecycle, we focus our attention on the Design phase, which is often overlooked. We will also cover the subject of RPA robot type selection activity. 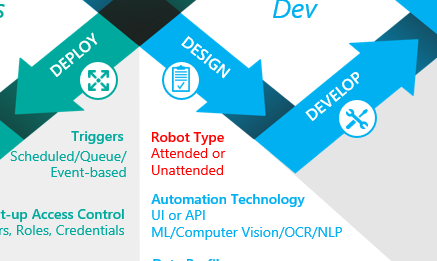 Having addressed the automation candidate’s identification and benefit assessment in the Plan phase, the first activity from a design perspective is to consider what type of the robot is to be developed. Attended or Unattended?

There are several characteristics that need to be considered when making this decision. For example, is the focus of the automation on a task or and an end-to-end process?  Is the automation to be utilised on an on-demand basis in a front office setting or be run as a scheduled job overnight for a back-office process? Is the automation to be run on an employee’s desktop needing real-time inputs to assist in their day to day job or is it to be run on a server or a virtual machine without any human intervention? 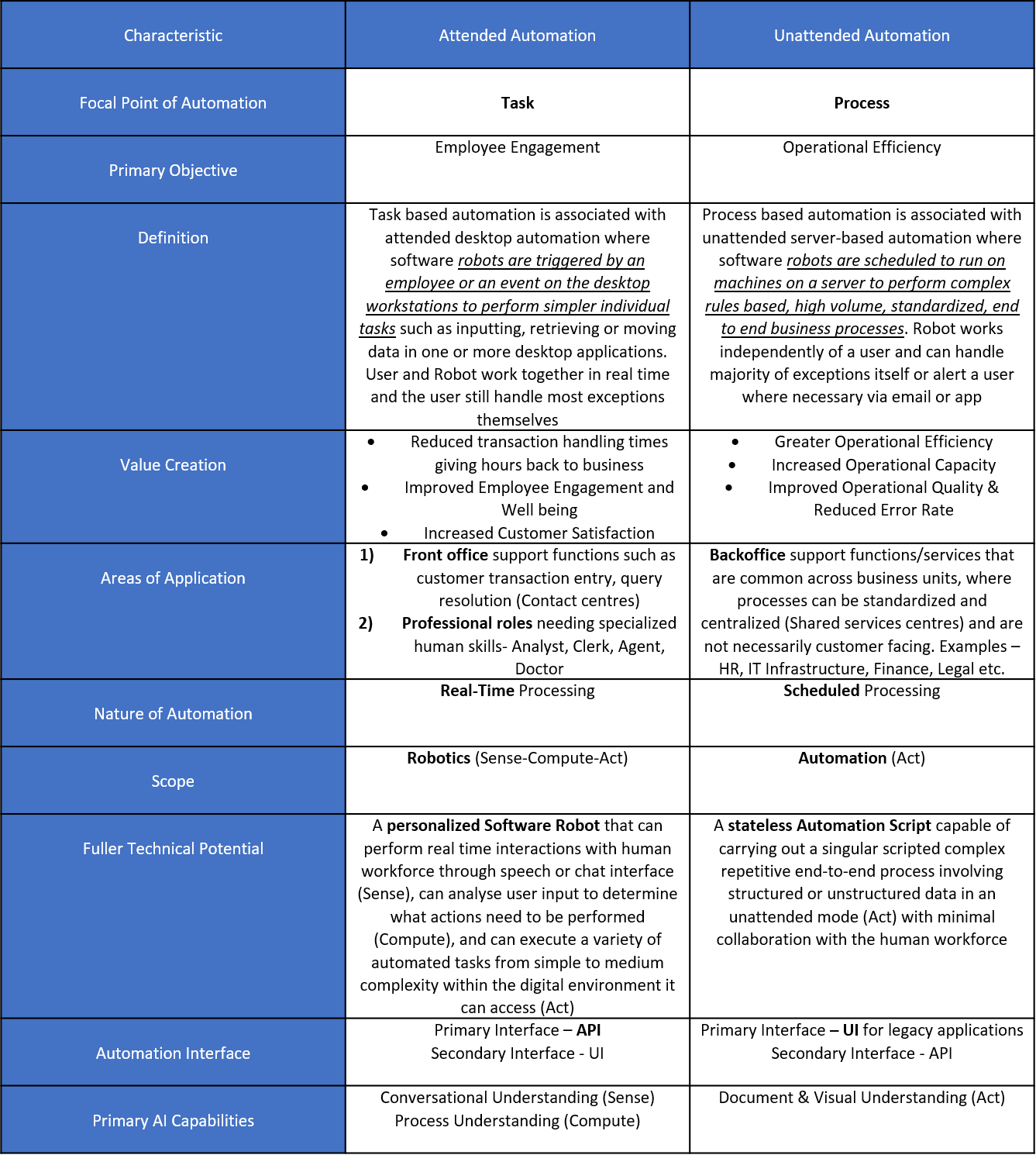 Although the RPA that previously emerged in the form of unattended back-office process automation uses the notion of ‘Robotics’ in its terminology, the scope and fuller technical potential of an ‘unattended robot’ more closely aligns with the idea of an ‘Automation script’ that runs as a stateless background program to repetitively execute an end-to-end business process. With the addition of AI capabilities to handle unstructured data, it can be characterised as an ‘Intelligent Automation Solution.’

Whereas, an ‘attended robot’ can provide for a much broader scope and technical potential to justify the three key components that are necessary of Robotics i.e. – Sense, Compute, and Act.

By combining Automation with AI and Analytics capabilities, an attended Robot has the potential to be designed as a personalised Software Robot. That Robot can then perform real-time interactions with the human workforce through integration with a speech or chat interface (Sense.) The Robot can gather and analyse user inputs to determine what automated task needs to be executed (Compute) from a pre-configured set of automatons accessible to the robot and can execute the selected automation on the user’s desktop in real-time (Act). One key design consideration here for attended robots is to use APIs as the interface to execute automation where possible, then the UI interface of applications, so that the computing resource utilisation of the user’s desktop and interference to the user while they do other manual tasks can be minimised.

The below diagram conceptualises the design of the two robot types-