Transliteration is the process of converting from one writing system to another maintaining the vocalisation of the words. Translation is something completely different, that is the process of converting from one language to another maintaining the meaning of the words. Transliteration is used for proper nouns – such as names – where we want to convey how the word sounds rather than what it means. My own name Jeremy has a meaning – “Jehovah Exulteth” – but I want people using other writing systems to pronounce Jeremy as I do when using my name, rather than using a literal translation of the meaning.

This all sounds very easy to do, except that every language has a different set of sounds that are used to make up the language. The sounds made by the 26 letters of the English alphabet, and the sounds made by combinations of them into syllables, are peculiar to English, this is the English orthography. The French language based on the same 26 letters has a different orthography, and there are sounds in the French language that are not present in English and cause difficulties for English speakers to pronounce and vice versa.

With Cyrillic we have the same issues, Russia, Ukraine, Belarus, and Mongolia all use the same basic language but with different orthographies, each has slightly different ways of pronouncing the same letters. The purpose of transliteration is to maintain the sound of the name, so these differences in pronunciation manifest themselves in different spellings when transliterated into English. Some of the spellings are only approximate as the sounds do not necessarily exist within the English orthography anyway.

There are official standard ways of transliterating characters between many systems, but these are often overlooked in favour of personal preference and regional dialects, so transliteration is less consistent than it might otherwise be.

To further complicate matters when we transliterate from a Cyrillic language into German, French, or any other language, we get further differences in spellings. So a Ukrainian person might have quite different spellings of their name across Europe.

Let’s look at an example – Александр. this is the Russian equivalent of the English name Alexander. There are many people of this name on the OFAC list today, this is how they have been transliterated into the OFAC SDN list.

Some of these names are significantly different to what we might call the “normal” spelling of Alexander, we can measure the distance between each spelling by the number of single-character edits we need to make to get from one to the other (Levenshtein distance). 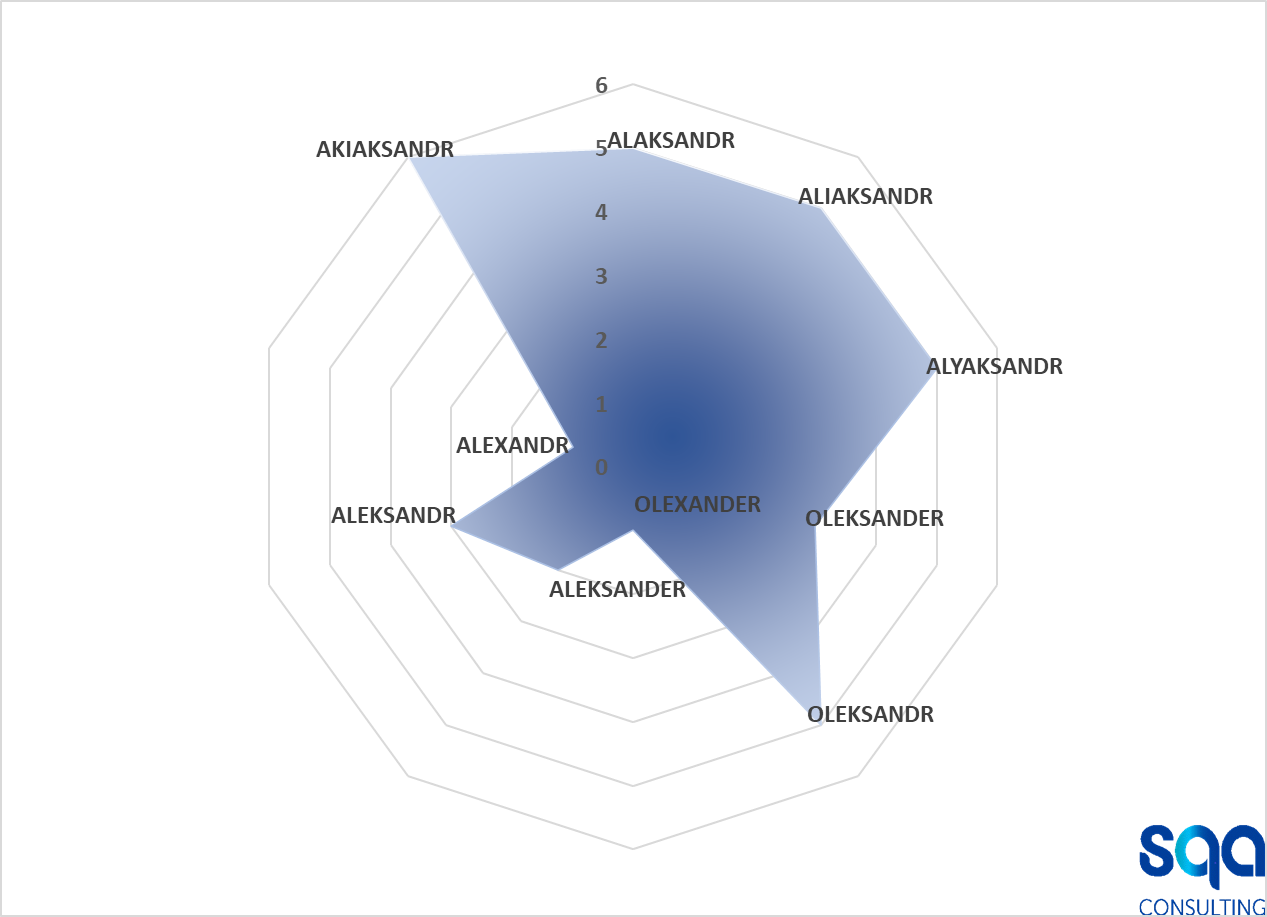 Some of these distances are significant, too different for any normal screening threshold – and remember these are names on the OFAC SDN list and especially for Ukraine related programs you are not going to get lots of aliases with different spellings.

Alexander is a good example, but we can do this with any given, patronymic, or family name – see our article on Russian names: 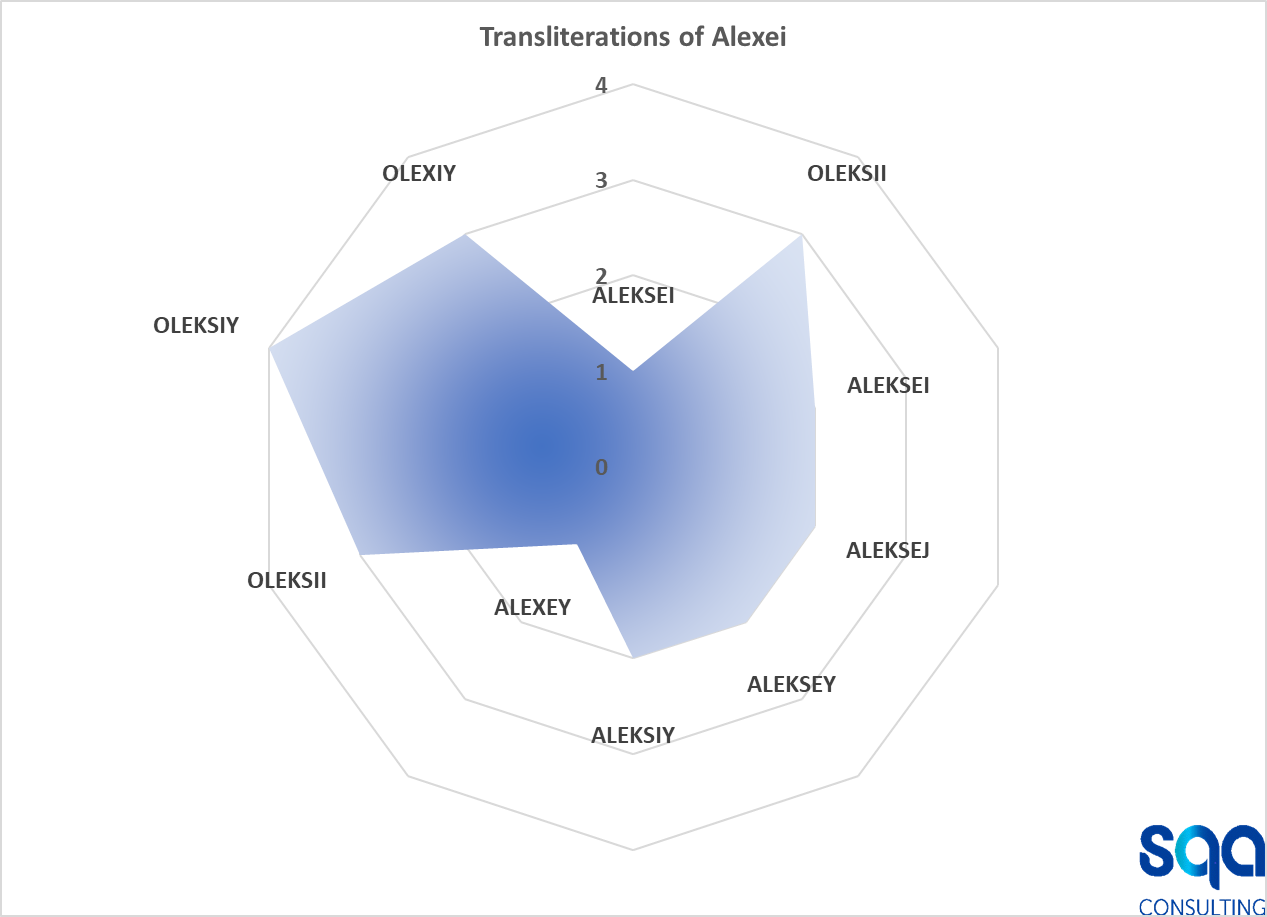 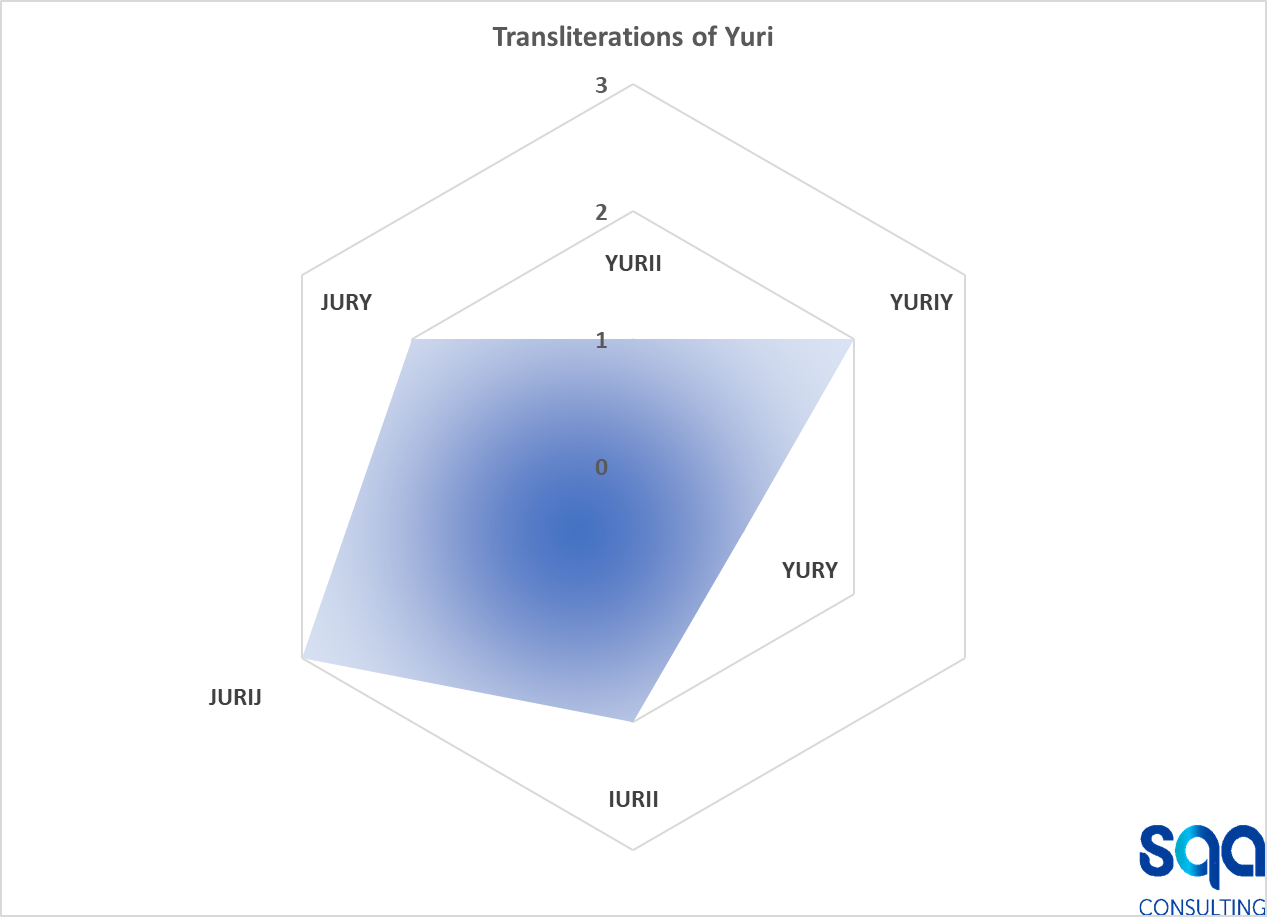 Ideally a screening system would be expected to cope with common differences in transliteration, but in practice many screening systems can only cope with small changes in spelling – typically at best only 20% of the letters changing. To be able to cope with more significant changes in spelling – such as these – screening systems need to either have comprehensive lists of alternate spellings of names, or be able to identify the origin of a name and understand the specific transliteration issues for that origin (such as the interchange of I, Y, and J in these Russian names).

Today’s challenges drive tomorrow’s solutions and I look forward to seeing how the next generations of screening systems cope with transliteration issues.

If you would like to know more about screening, transliteration, data quality and the effectiveness of your screening systems, then we provide impartial advice – we are not a screening vendor. Contact the author at jeremy.round@sqa-consulting.com

My thanks to my Russian friend for help with this article – you know who you are.

We have created a library of screening related articles, if you would like to read more articles on screening then please click here.