Personal names are clearly not unique, and so when screening names we get a lot of matches against people with the same (or very similar) name, who are not the person we are looking for. This is one of the most fundamental problems of name screening, but it is one that we are stuck with.

Unfortunately the lists that we screen against can have a high prevalence of common names. We can measure how common a name is, first by determining the language of the name, and then by looking how frequently the parts of that name appear in that language. 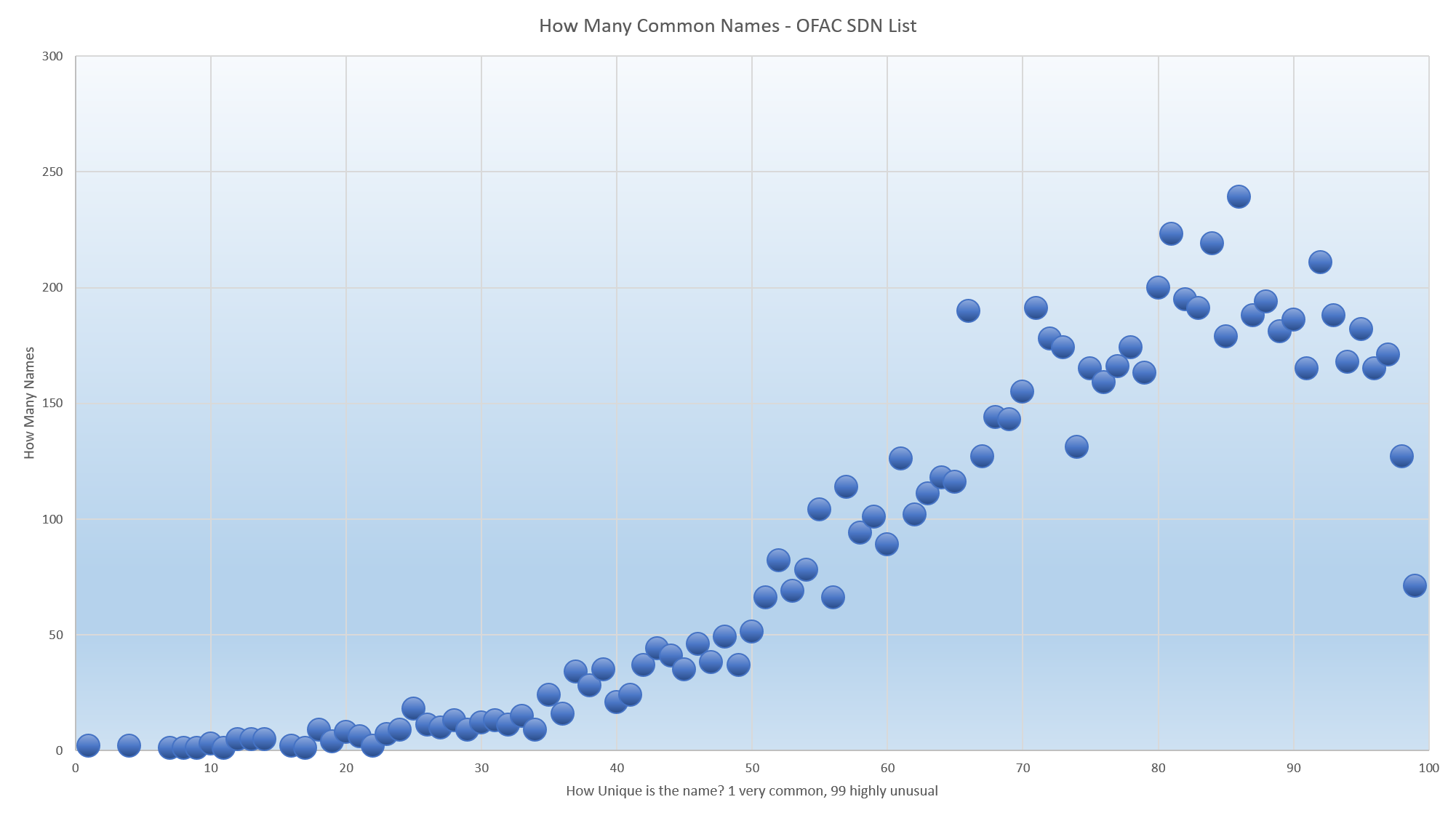 Examples of common names would be:

Examples of unusual names would be:

Note that names with more elements are more unusual, my own name “Jeremy Round” is rather less unusual than my full name “Jeremy Simon Round”. It would be a much bigger coincidence for me to meet someone else with my forename, middle name and surname.

In the OFAC List above (measured without weak aliases) we can see that very common names appear less frequently than names that are less common, however they have a disproportionate effect on screening.

Given that it is possible to determine how common a name is, how can we use this to help with screening? Well it comes down to those secondary attributes – date of birth, location, nationality, ID numbers. They can strengthen or weaken a match.

Such an aggressive investigation strategy would reduce the time spent looking at poorer quality matches that take up time and effort and often lead to no conclusion as there is insufficient evidence to base a judgement on. Some companies are taking approaches like this to achieve better focussed investigations and avoid generating large numbers of false positives, but it is a brave step forward. OFAC have encouraged innovation in screening, but many institutions that have been hit hard by fines will naturally feel more conservative in their approach to screening.

At SQA Consulting we can not only give you hints and tips on screening effectively, we are leaders in measuring the effectiveness and efficiency of screening. Please contact us to find out more about this article, or download our brochure here.