So we all know that there are many different ways to spell Muhammad, with variations mostly on the vowels and either a single or double in the middle. If we go further afield we will find many more different spellings of Muhammad, some very different such as: Maome, Mahoma, Maometto. Any Arabic name will of course produce multiple spelling variations when transliterated into Latin characters, but Muhammad seems to create many more than other names.

Map of the spellings of Muhammad around the world. 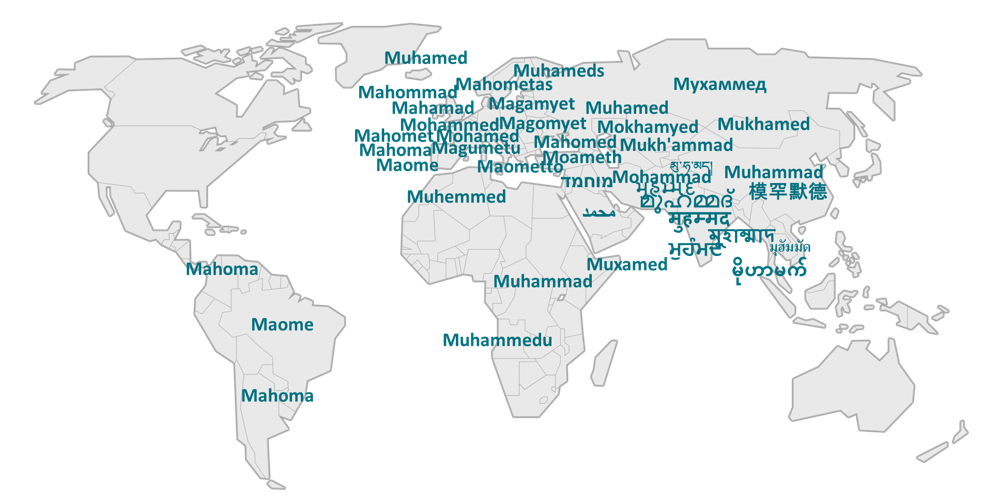 There is an obvious reason for this, which is the significance of the name as part of the Islamic faith, and the duration of that significance, which has caused differences in translation as well as transliteration. Think how English people refer to Spain, while Spanish people refer to España. Very different pronunciations caused by the name being adopted in different cultures a long time ago and living through a lot of language development.

So how much of a screening problem does this create? Less than you might think. The different spellings of Muhammad can be an indicator of origin, for example someone spelt Mohammed is likely to be of Pakistani origin, whereas a Muhammed is more likely to come from the middle east. When people travel they don’t change the spelling of their name when they get to a different country.

Let’s look at a different name that present a similar challenge to illustrate: Peter. Peter is significant to Christianity let us look at a map of how Peter is spelt around the world. 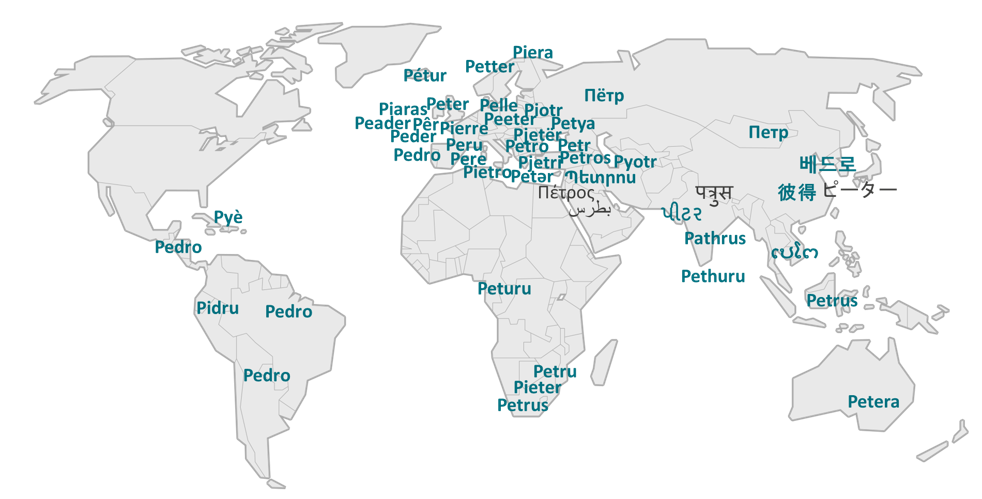 A lot of parallels.

When a Frenchman called Pierre travels to England he doesn’t become Peter, he stays a Pierre. We don’t tend to worry so much about names like Peter when it comes to screening, although there are rather less Peters than Muhammads on the sanctions lists (there are currently 5 people called Peter, 2 called Pierre, and 13 called Pedro).

At SQA Consulting we can not only give you hints and tips on screening effectively and on data management, we are leaders in measuring the effectiveness and efficiency of screening.