North Korea has grown in significance on sanctions lists, and looks set to continue to grow. The various North Korea programs from OFAC and EU feature large numbers of personal names which can prove difficult to screen against for five reasons: 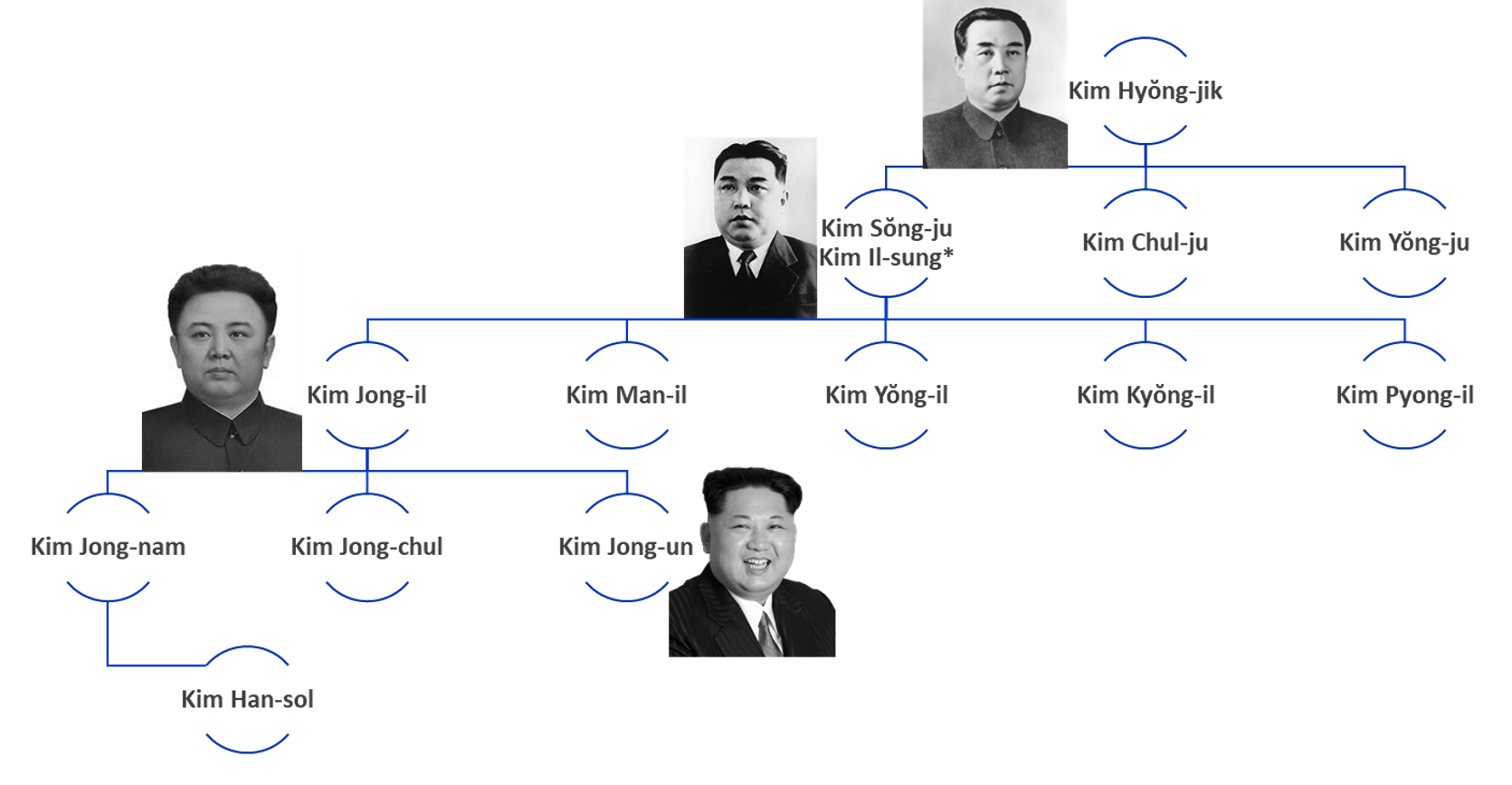 The Kim Family Tree (male only) note how the Kim family name comes first, followed by a two part given name. Note also how everyone in a generation shares a part of their given name.
* Kim Il-Sung changed his name, his birth name was Song-Ju.

Fuzzy matching algorithms work on the character distance between words, these are often configured as 1 difference in n characters, and they are ineffective when used as 1 difference in less than 4. When miss-configured short words which are close in characters can match very freely, such as Dan against Don, Dane, Jan, Dad, Day, Tan, Din, Ban, Fan, Man etc. Koreans (North and South) much like Chinese people have short words in their names, 74% of Korean people have a family name that is less then 4 characters long.

The given name can appear in three different formats

All Korean names are made of three original symbols, a family name symbol, and then two given name symbols. The two given name symbols combine to create a single given name, and in Latin they are presented either as: two separate words (“Jong Un”), as a hyphenated word (“Jong-Un”), or more rarely merged together to form one word (“JongUn”). The two words are never used individually. The different formats will have an impact on how screening works, and you may find some difficulty in creating matches between different presentation formats.

Number of Korean names in different given name formats, OFAC SDN and EU lists, as at 23rd August 2019.

There are many different common spellings for some Korean names, for example the third most popular family name amongst Koreans is Park, which is also spelt as Bak, Pak, Back, Bahk, Pahk. Because of the short names, fuzzy matching is unlikely to be able to cope with these spelling variations.. Remember these are not miss-spellings, they are valid alternate spellings. Depending on your screening system you may be able to create alternate spellings in your configuration to be able to cope with these variations. The OFAC SDN list doesn’t currently provide alternate aliases for different spellings of “Park” and other family names (it actually prefers the spelling “Pak”).

There are a lot of people sharing the same name

50% of Koreans share only 5 family names (Kim is the most popular). Whilst North Korea is a very insular country with little exchange to the outside world, South Korea shares all of the same name constraints and is a global powerhouse. When you get the screening effective to counter all of the issues with Korean names, you may well find that the number of false positives that are generated against South Korean people is overwhelming.

At SQA Consulting we can not only give you hints and tips on screening effectively, we are leaders in measuring the effectiveness and efficiency of screening. Specific Korean name tests are just a small part of our evaluation process which will benchmark you against some of the biggest brands in global banking. Please contact us to find out more, or download our brochure here.