So what does this mean for UK-regulated firms?

Publicly available information on this is a bit thin on the ground, so we went to the horse’s mouth and asked the FCDO directly. Here is their response:

The diagram below summarises the FCDO response: 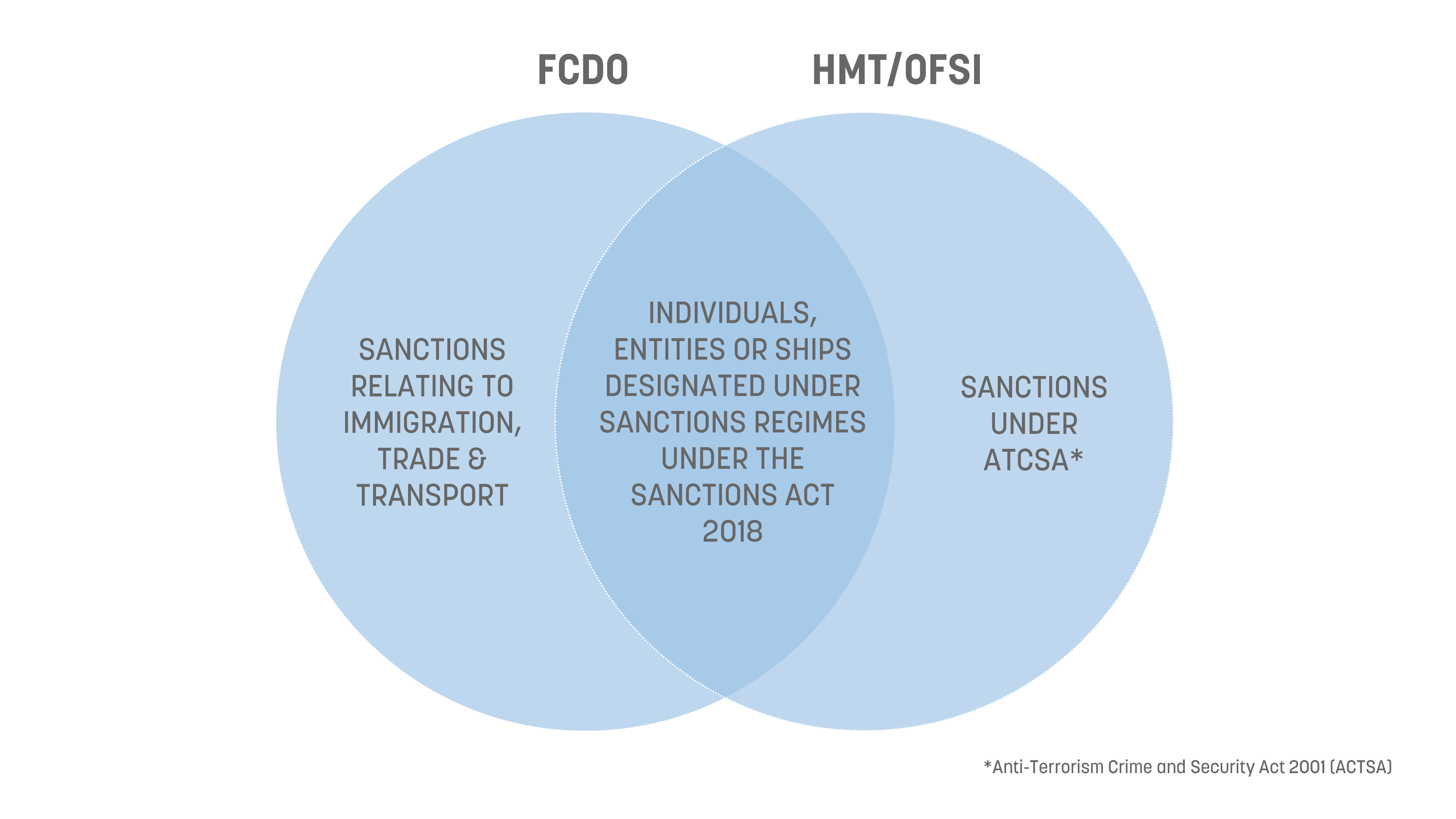 Whilst the designated individuals, entities, and ships might be the same between the two lists, we see some differences in the level of detail included. For example, Oleksandr Viktorovych Yanukovych is listed with 300 aliases on the HMT/OFSI list but with only 100 aliases on the FCDO list. The component given name, middle name, and family name are all listed with similar variations on both lists, but the HMT list goes to the trouble of listing out every possible combination, whereas the FCDO list includes fewer combinations. This might seem trivial but whether or not a screening system will match on every combination would depend on which list is being screened against as well as the configuration of the screening system.

In this article, we are just talking about financial sanctions. The FCDO was clear in their response that decisions on the list(s) that are used for screening purposes are determined by an organisation’s business and customer demographic. Each organisation needs to make its own determination and no generic advice can be provided.

Selecting the right sanctions lists to screen against can be a complicated business and regulators will expect to see that the appropriate thought and effort has gone into the process. Critically, a firm should ensure that its risk appetite is central to the decision. And of course, selecting the right lists is only one part of getting screening right overall.

Please contact us if you would like to discuss how to make sure your sanctions screening would meet regulatory expectations.